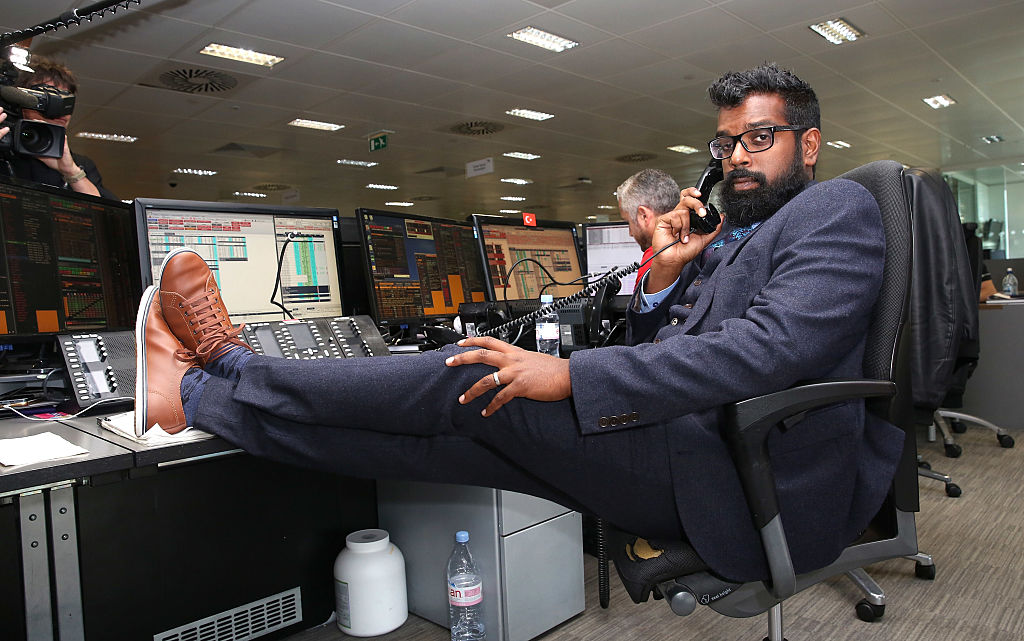 Bradley Walsh had his fans baffled and laughing, as he threw a 'tantrum' on live TV after losing against Romesh Ranganathan.

The comedian, Romesh Ranganathan, was awarded at the Virgin Media British Academy Television Awards for his turn on his comedy show "The Ranganation," where he is joined by a focus group of 20 members of the public, as well as celebrity guests, to take a funny, topical look at modern Britain, according to Metro UK.

"The Chase" star, 61, who was up for "Entertainment Performance," failed to win an award as comedian Romesh Ranganathan's show "The Ranganation" took the crown.

The Chase star Bradley then loudly wolf-whistled to praise his fellow showbiz friend before sarcastically heckling from his seat in the limited crowd.

Bradley could be heard jokingly saying in the crowd as he took off his mask, "I can't believe it," as the comedian went up to collect his BAFTA.

Romesh, who was proud to claim his award, started his speech saying, "Wow thank you so much. I really didn't expect to win; well, there was a good chance..."

Having felt nervous when his show first aired due to its altered, lockdown-friendly format, the 43-year-old described how much easier the process was for him this time around but revealed that his wife "lost a whole lot of respect" for him while he was at it.

He continued his speech by saying, "In many ways, I feel like I've put in less effort for more reward. That's what life's all about in showbiz."

After Romesh finished his winning speech, Bradley removed his mask and mouthed "this is a joke," once again at the camera facing him.

As a comedian, Romesh jokingly told Bradley to "shut up," and it sent the audience into laughter.

The Sun mentioned some of the funniest tweet responses to how the whole historical event happened in the award show.

One said, "Bradley Walsh mouthing to the camera 'I can't believe it.' And then heckling the winner had me howling!" and another said, "There was not one shot in that where Bradley Walsh didn't take his mask off."

"Loving Bradley Walsh's cheekiness," was also one of the things netizens said after witnessing the whole event.