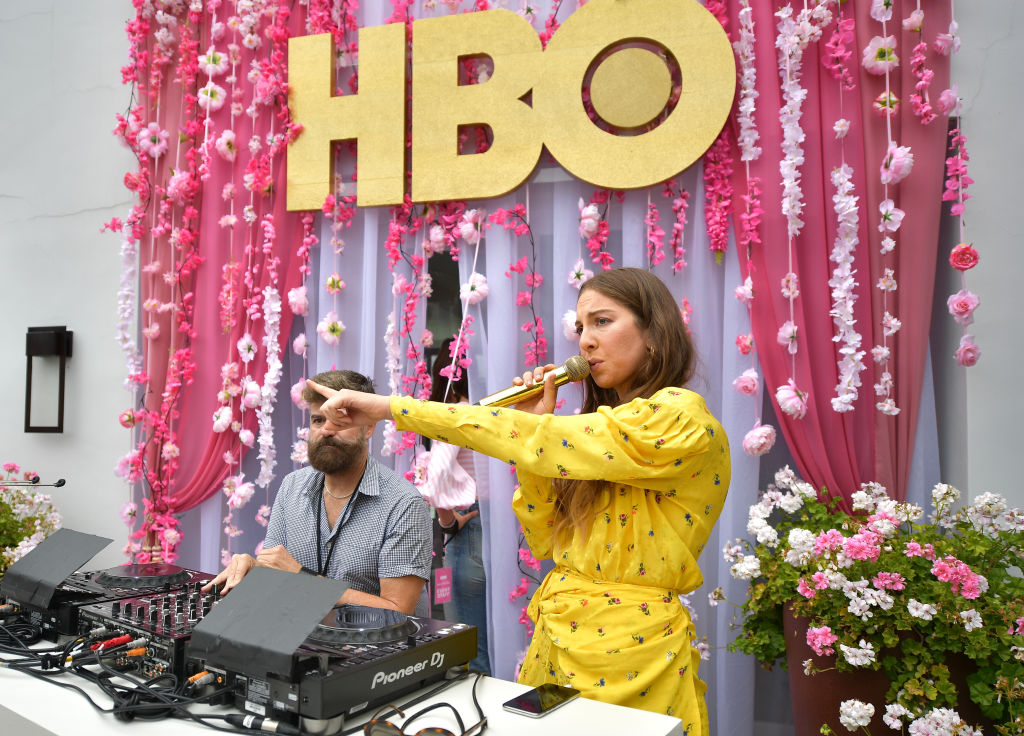 Este Haim joked that a nip slip during the BRIT Awards 2021 ceremony didn't bother her because it "reminded her ex's what they're missing."

After Tuesday's event, the singer, 35, joked on Twitter that she 'didn't mind her t**ts were out' because of the wardrobe malfunction.

At the star-studded ceremony, the band, which consists of the three sisters Este, Danielle, and Alana, won Best International Group.

However, as Este rose from her audience seat to give her acceptance speech, she unintentionally revealed a little too much.

i didn’t mind that my tits were out last night because my ex’s were reminded of what they’re missing pic.twitter.com/WzHGIpvrIb

"THIS IS THE MOST ICONIC THING YOU HAVE EVER TWEETED," one commented

"ESTE LMAO, THIS IS THE MOST ICONIC TWEET IN THE WORLD," another said.

Coldplay opened the Brit Awards with a song. On a stage floating on the River Thames with the O2 Arena in the background, Chris Martin and his bandmates performed their brand new single "Higher Power."

Dua Lipa took home two awards, including Album of the Year and British Female Solo Artist, to lead the winners. Before the show transformed into a train carriage on the stage, she performed a medley of songs with a video from a London underground platform.

READ MORE: Dua Lipa Slammed For Being a 'Hypocrite' In BRITs Speech After Vacationing During Lockdown, Fans React

Watch the uncut version of the Este Haim's wardrobe malfunction below: