Kendall Jenner may or may not have "danced all night", but her My Fair Lady inspired 2021 Met Gala Dress has us all begging for more in the best way. The Keeping Up With the Kardashian's star sported a dress inspired by the classic Audrey Hepburn saying in an exclusive Vogue interview with Emma Chamberlain, "I love Audrey; so, like, we really wanted to take a special moment of her's and make it our own. And I feel like he did an amazing job." 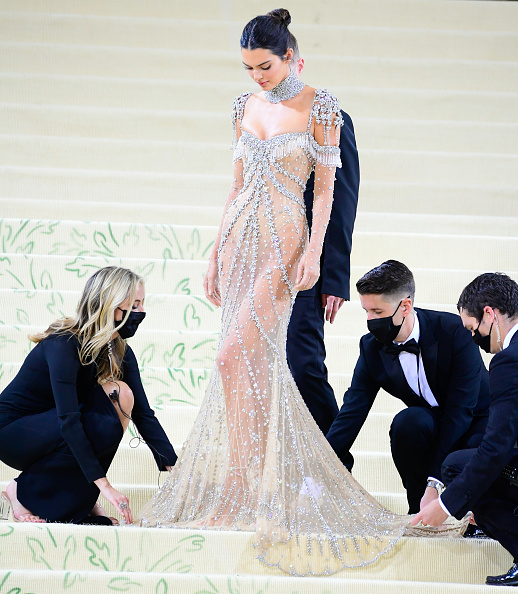 (Photo : (Photo by Raymond Hall/GC Images))
NEW YORK, NY - SEPTEMBER 13: Kendall Jenner arrives to the 2021 Met Gala Celebrating In America: A Lexicon Of Fashion at Metropolitan Museum of Art at on September 13, 2021 in New York City.

The "he" Kendall is referring to is Matthew M. Williams: the creative director of Givenchy. He, also appearing in the Vogue interview, commented that he used Audrey as an inspiration to emphasize, "that connection between French coture and American culture." He definitely succeeded. This moden twist on the fashion in the film icon cannot be missed. 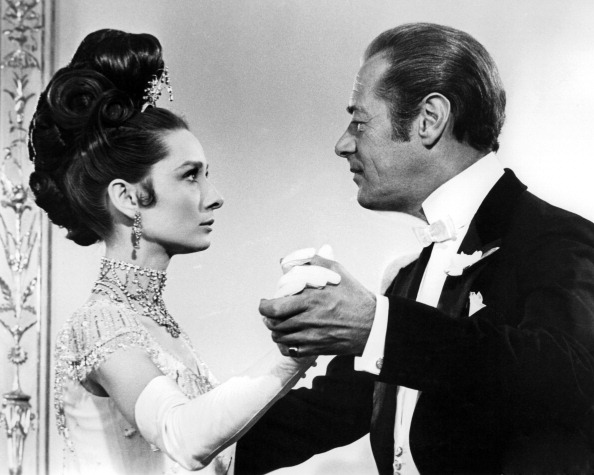 (Photo : (Photo by Silver Screen Collection/Getty Images))
Audrey Hepburn (1929 - 1993), as Eliza Doolittle, and Rex Harrison (1908 - 1990) as Professor Henry Higgins in 'My Fair Lady', directed by George Cukor, 1964.
The high sparky neckline, the slim sillouette of the dress, and even the updo make Jenner the My Fair Lady of the modern day. While Hepburn's dresses were slightly less revealing, style icon Kendall Jenner has once again allowed Audrey Hepburn to be immortalized in fashion. 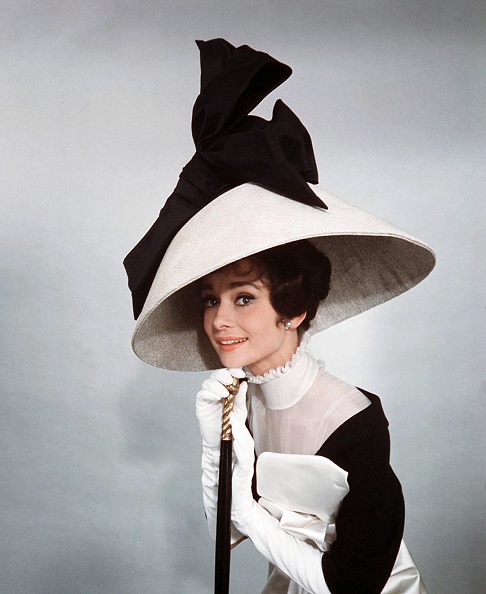 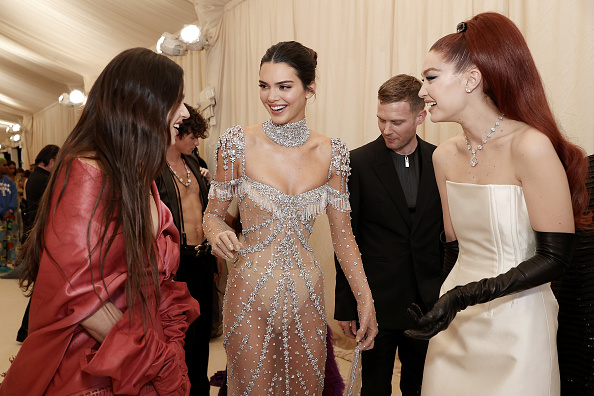 Kendall Jenner just had her own "tough" competition with NBA star and now-boyfriend Devin Booker.

Ireland Baldwin recently shared a snap of her new tattoo and fans can't help but see a striking resemblance with Kendall Jenner.

Kendall Jenner Proves a Business Mogul Like Sisters, Tequila Brand Sold Out in Less than 4 Hours!

Kendall Jenner's 818 Tequila has reportedly become a massive hit - selling out not just across the US but also getting orders from around 80 countries. That's huge for a new tequila brand.

Kendall Jenner Never Included Any Of Her Boyfriends On 'KUWTK' -- Here's Why!

The "Keeping Up With The Kardashians" executive producer Farnaz Farjam revealed the real reason why Kendall Jenner never showed any of her boyfriends on the show.

Is Kendall Jenner Serious About Relationship With Devin Booker Or Is This Just One of Her Flings?

It's hard to believe or even imagine that Kendall Jenner is serious about her relationship with Devin Booker.

Kendall Jenner may be on a roll of success this year but she's facing yet another stalker who tried to enter her gated community.