BDE at the 2021 Met Gala: Lil Nas X and Dan Levy Show Everyone How It's Done

BDE at the Met Gala:Lil Nas X and Dan Levy Show Everyone How It's Done

The 2021 Met Gala was filled with many incredible outfits, but none stopped the show quite like those of Lil Nas X and Dan Levy. The two award winners in their perspective fields resonated BDE as they showed off their powerful, fashionable, statement pieces. 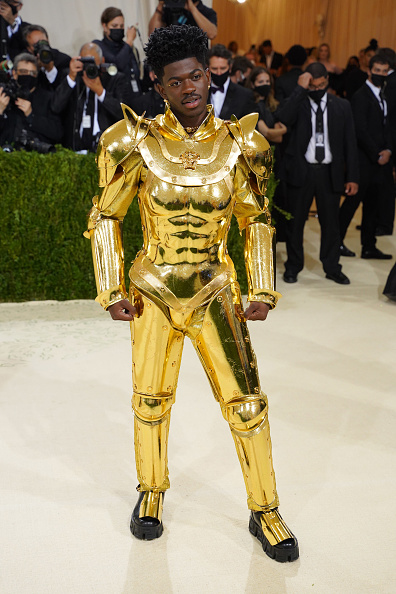 The award winning musician explained in an exclusive Vogue interview with Emma Chamerlain that his double reveal was meant to tell the story of someone coming out of their shell. "It's kind of like me when I got into the industry. I didn't know who I was. And then we got, we got the armor, right? It's like I built this shell around myself even though I came out, and then this year I feel like I really came out, you know?" The outfit tells a powerful story of self discovery, and we are HERE FOR IT!

Dan Levy, the award winning actor, writer, and producer, came to the Met Gala in an exquisit outfit that also tells a powerful story. The outfit featured two men made out of maps kissing prominantly on the front of the top. As discussed on Today, the outfit was designed and created by Johnathan Anderson and Loewe. It was inspired by the work of activist and artist David Wojnarovicz. The deseased artist created a piece entitled F--- You F---- F--- in response to a homophobic cartoon. His response, and the suffering Wojnarovicz dealt with as a gay artist, served as the inspiration for this outfit. Anderson wrote on Instagram that the outfit was, "Something a gay superhero would wear". 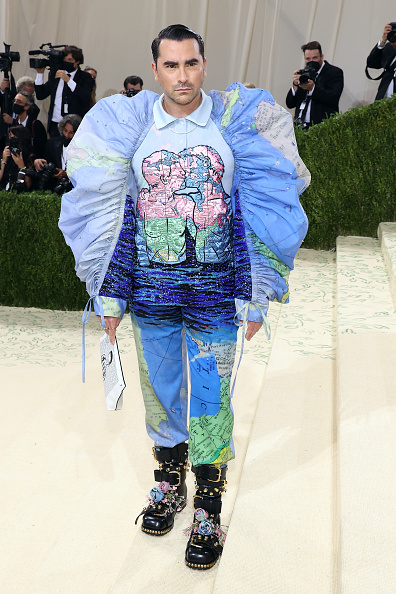 Levy also wrote on his Instagram about the outfit saying, "we wanted to celebrate queer love and visibility - acknowledging how hard artists like Wojnarovicz had to fight, while also presenting the imagery in a way that offered a hopeful message." Levy himself, namely through his work on Schitt's Creek has made a name for himself portraying gay and queer love stories in a loving and optimistic light. His Met Gala outfit so beautifully encapsulates the work he is doing and trying to continue in a deeply moving way.

Lil Nas X and Dan Levy took their time in the spotlight to make powerful statments about being true to yourself, being kind to yourself, and being good to others. Be right back. I'm going to go cry tears of joy.

Lil Nas X announced his "pregnancy" through an exclusive baby bump video ahead of his "Montero" album debut.

Lil Nas X got a handful of criticisms following his performance at this year's BET Awards. One of the critics was the pop royalty herself Madonna as she took to her Instagram stories to post a seemingly shady post about the newcomer.

P. Diddy, who changed his name legally to Sean Love Combs, has recently taken to Twitter to praise the steamy performance of Lil Nas X at the 2021 BET Awards.

Lil Nas X went all out and made an epic surprise after he crashed a wedding reception at Disney World last Saturday, February 22.

Recently, the interwebs have been going crazy over "Old Town Road," a catchy ode to that cowboy life.