This past Saturday, September 25th, was National Daughter's Day. This day was established to promote gender equality, remove stereotypes, and celebrate daughters (because, I mean, we rock). Behind a lot of celebrities are daughters that they care a lot about. However, celebrities have different ways they celebrate their children. Some take to social media as fast as they can to publically express their admiration for their kids. Others make a point of keeping their children's lives private to increase their safety. Whatever path the parents choose to take, the love is real. Here are seven celebrities with daughters and how they choose to celebrate them! 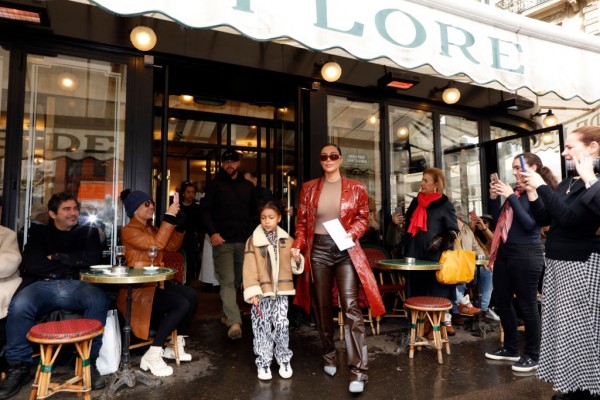 Kris Jenner is one of media's most famous mothers of daughters! We have watched Kris Jenner parent her children, Kim, Khloe, Kourtney, Kylie, and Kendall, for almost twenty years. While we probably know more secrets and scandals about the Kardashian family than any other, at the end of the day, Kris Jenner is a loving mom that is doing her best. On the national holiday, she posted to Instagram to celebrate her children.

This celebrity couple makes a point of never posting about their children online in order to support their children's privacy and safety. Kristin Bell once explained on an Instagram post, "It's a safety thing ... I don't fault other parents for showing their kids when they don't have the same safety concerns." When they post pictures of their family outings, the daughters, Lincoln and Delta, will have their faces covered with an emoji or sticker. The love they show their daughters is clear. They are constantly going on adventures together. A year ago, when Lincoln asked to shave part of her head, Dax Shepard did the same. Talk about support!

Gwyneth Paltrow  threw a selfie of her and her daughter Apple up on her feed with the caption "Oh man do I love you". The picture shows off the mother and daughter's uncanny resemblance to one another. The two smile side by side in a very familial picture. While a post of few words, it says exactly what it needs to say!

Blake Lively and Ryan Reynolds are another couple that celebrate their daughters off of social media. They have three daughters: Inez, Betty, and James. While they are a bit more public with their girls than Bell and Shepard, they avoid posting them on their social media accounts. The love felt cannot be questioned. In an interview with Ellen DeGeneres, Reynolds once said, "They're the best. They're my buddies. I love it." Not only has the couple not posted pictures of the children themselves, Lively publically spoke out against unauthorized paparazzi following and taking photos of her children. She said, "Please stop paying grown-ass men to hide and hunt children. There are plenty of pictures you could've published without the kids. Please delete." Those are some powerhouse parents!

While not specifically for the holiday, Philipps posted a picture of her and her daughter Cricket the very next day about the adventures they had on National Daughter's Day. Busy Philips is very vocal about her children on social media, posting about their accomplishments and admiration of their personalities. We love a proud parent!

Up in the ranks of couples that love their daughters but don't want them photographed are the amazingly talented John Krasinsky and Emily Blunt. According to an article on Closer Weekly, their daughers, Hazel and Violet, are kept out of the spotlight in an attempt to give the two the most normal life possible. The two work hard to give their children this life, and express their love for their daughters any way that they can. When Krasinsky hosted SNL back in January of this year, he closed the show wearing a T-Shirt with "H+V" written on it to celebrate his love for his two little girls. Awwww!

Whether posting pictures of their children online or working hard to keep them private, there is no wrong way to show your child love! Happy National Daughter's Day!