Hard Luck Love Song is a story we've heard before - sort of. We see the pool hustler, the wannabe musician, the rekindling of old friendships. However, the film, in an incredibly delicate and nuanced way, softly plays the chords of the human condition, allowing them to crescendo into vibrant and important conversations by the viewers. Such was the case when I was able to sit down with the stars of the film, Michael Dorman and Sophia Bush. 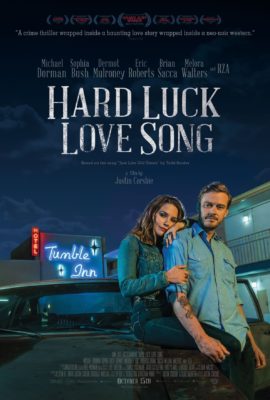 The movie is based on the song Just Like Old Times by Todd Snider. Dorman and Bush play old loves, Jesse and Carla, that reconnect. The song silently sets the rhythm of the film, the movie feels like a poignant musical moment that may not ever happen again. As a musician in his personal life, Dorman feels similarly about the songs he plays when he is with friends.

All I can say is that, in any instance, whenever I'm sitting with friends or, y'know, people that I love and care about, if someone asks me to play something I always make it up on the spot. It's always a song I'll never remember, I'll never play again, it's just something that's purely for the moment.

There is also a lot going on in this political moment in our country. (What a seamless segue!) Both Dorman and Bush are both activists, constantly striving to utilize their platforms to impact meaningful change. Bush testified in front of the House Select Subcommittee on Vaccines to address the vaccination of young people. In the end of Hard Luck Love Song, a police officer shoots a black man. Slightly later in that film, the officer says, "I'm a cop. I can do anything I want." This small moment but provocative statement casts a pointed light on issues in our country today including, but not limited to, qualified immunity and the 18 months since Breonna Taylor was killed. When this was brought up, the John Tucker Must Die actress eloquently pointed out:

It's not lost on me that today we're all sitting down, and you're asking me this question about Breonna Taylor who was killed 18 months ago, we're talking about this one the day when the three surviving members of the Tulsa race masacre are seeing their first day in court in Oklahoma. The centennial was honored in June of 2021. This happened in 1921. It's taken a hundred years. And calls from all over the country and all of the world for the legal system to even begin to have a conversation about paying attention. 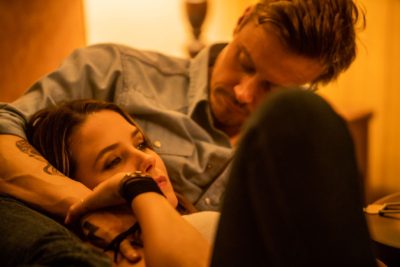 This stark reality is upsettingly powerful. The disparity of it inherently asks the question What else can be done? "I think whatever the issues are that create that kind of systemic oppression, that create the impediments to justice, those impediments, those hurdles have to be removed so that we as a society can get honest about our ills and our misdeeds so that we can move forward and not repeat them," Bush again smartly answered. We have to understand the past in order to keep from repeating the past.

For everything that was said, check out the interview below!

While these deep conversations may not happen within the film, this one was born because of it. Be sure to watch Hard Luck Love Song in theaters on October 15th.