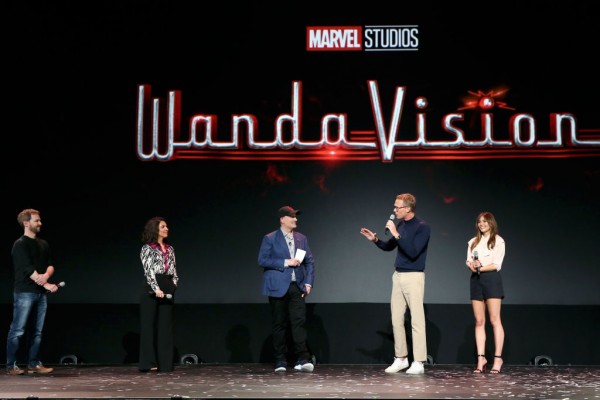 Currently, the series is in early development, so it's too soon to say what exactly the new Agatha Harkness-led series will be about. However, WandaVision was the first Marvel television series that shares continuity with the MCU films. The show is about Paul Bettany and Elizabeth Olsen's Vision and Wanda Maximoff living secretly in the idyllic Westview, New Jersey suburbs. Hahn's Agatha Harkness is the couple's neighbor and nemesis.

The critically-acclaimed Marvel series earned 19 awards from various award shows, including three Emmy's and a nomination for Hahn for best supporting actress in a limited or anthology series. Thus, a continuation of WandaVision is sure to garner more buzz from critics and fans alike.

For more entertainment news and commentary, follow Enstarz! We're sure to bring you the latest updates regarding your favorite celebrities, TV, and movies.

Tags: wandavision Disney Marvel spinoff MCU Kathryn Hahn
© 2021 EnStars.com All rights reserved. Do not reproduce without permission.
Most Popular
You May Also Like

Elizabeth Olsen Spills 'Doctor Strange' Movie Will Not Make Sense Without 'Wandavision,' How?

The "Wandavision" and "Avengers" star Elizabeth Olsen is said to appear in the "Doctor Strange" movie coming in 2022.

When "WandaVision" seemed to have given its all to the fans, its director revealed something about a disturbing deleted scene.

The last episode of "WandaVision" gave the real answers to fans' questions and debunked theories surrounding the Marvel Cinematic Universe.

The end of the "WandaVision" TV series on Disney+ is not the end of Marvel Studios' projects for Marvel Cinematic Universe Phase 4.

"WandaVision" series on Disney+ is coming to an end, but it left interesting facts to its fans!

"WandaVision" will end its journey soon, but it still offered theories that made the fans crave for more episodes.

The season 1 of "WandaVision" caught more attention than expected that fans demand another season from Marvel Studios.

"WandaVision" provided the answer as to why Captain Marvel looked so angry at Thanos during their match on "Avengers: Endgame."