What do you get when you combine international spies, a killer cast, and excellent writers? The trailer for The 355 has officially been released, and the fast paced, spy-boss energy behind it is absolutely captivating. The film stars Jessica Chastain as Mason, Fan Bingbing as Lin Mi Sheng, Penelope Cruz as Graciela, Lupita Nyong'o as Kadija, and Sebastian Stan as Nick. This powerhouse cast vibrantly blasts its excellence through the trailer.

The first thing we get from this trailer is GIRL POWER. I'm really not extrapolating on this one at all. The first thing Chastain says is, "Remember that story that they told us about in training? About George Washington's first female spy during the Revolution? The called her 'Agent 355' because they didn't want the world to know her real name." Hey! They said the name of the movie! I love when they do that! 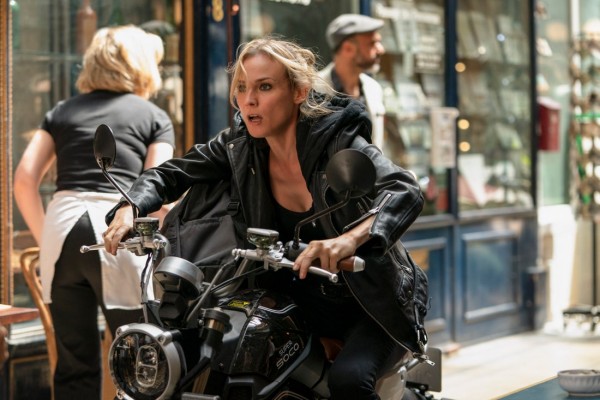 This is definitely a spy movie with women intended for everyone. It doesn't escape me that this film is being advertised on the same day that No Time to Die is being released in theaters in New York City which (for the sake of this juxtaposition) is a guy-spy movie.

Let me quickly make something clear. I don't like to feel pandered to. When companies try too hard to market something 'for women', resting upon the assumption that the alternative is too violent, dark, or masculine for the female constitution to handle it's insulting and antiquated. (Because, obviously if I don't see a female lead dealing with woman problems I'll probably faint). I'm talking entertainment industry, up through pink razors.

This movie, however, is not pandering. 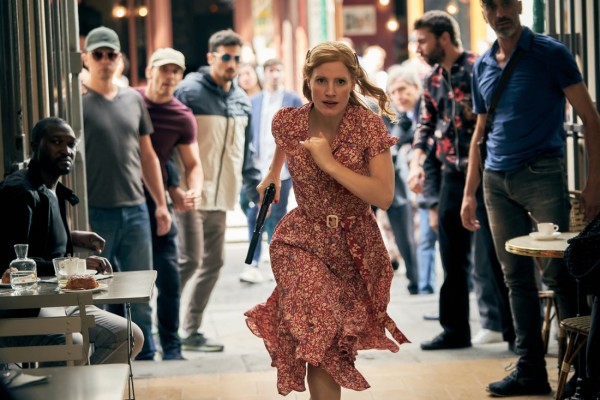 Or, at least, based on the trailer it's not. This movie is about spies. The spies happen to be women. (I will never be mad about a hooray! Women can do anything! undertone). The women, however, based on this trailer, are unquestionably equal. Chasitain says to Stan "Remember that story they told us about in training?" Us. US. They were in training together. They are equal. We are coming at this movie from a foundation where it's not, "Woah look! A lady spy!" Instead it's about a spy. Well, spies. That happen to be very very very cool women.

I suppose I should continue reviewing the rest of the trailer. 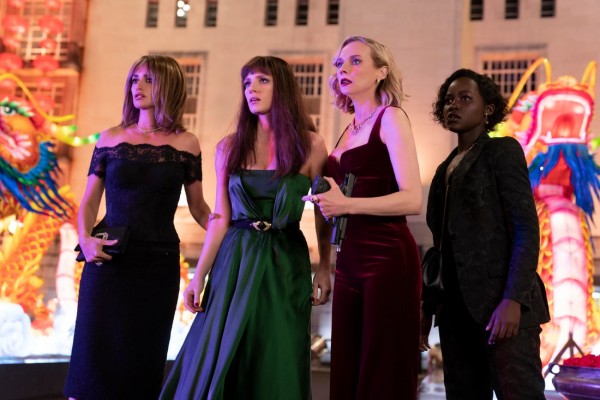 WOW OKAY SO, THE VERY NEXT LINE. Chaistain mentions the TOP AGENTS FROM AROUND THE WORLD. Not the top female agents. The top agents. Those top agents happen to be women. These four top agents need to unite forces to save the world. The only home-life based qualm we see here is when Penelope Cruz says, "I have a family. I can't do this anymore." HOWEVER, even that is a typical action movie trope: the conflict between going on the road to save the world vs. staying at home and spending time with loved ones. It's almost like the women in this movie are treated as people. Crazy, right?

As you may be able to tell, this trailer has me very excited for his movie. (I was very subtle I know). I am just so sick of seeing the women-can-do-it-too story line. That's no longer a plot twist. We know we can. We are sick of people telling us we can. Also, it should frustrate you that that is still considered an interesting and unique story line. The 355 seems looks like it will be a much needed breath of fresh feminism, and maybe it will set a new standard for films going forward. 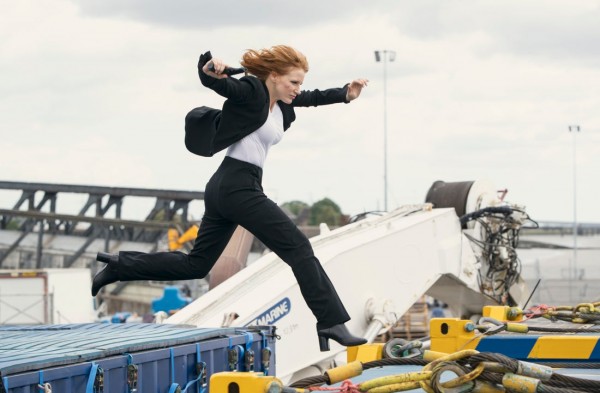 I mean, not to put too much pressure on it now seeing as it doesn't come out until January 7th, 2022. However, Theresa Rebeck is the story creator and, as an avid lover of her plays, I think I would trust her with my life. Okay...that may be a bit extreme, but I definitely trust her with this movie. I can't wait to see it!