The Harder They Fall, a new American Western produced by rap artist Jay-Z about revenge, crime bosses, and outlaws, had its Los Angeles premiere yesterday, and all the stars were dressed to impress. Though the looks were all fabulous - and all over the board in terms of style - we've rounded up our eight favorite looks of the night. 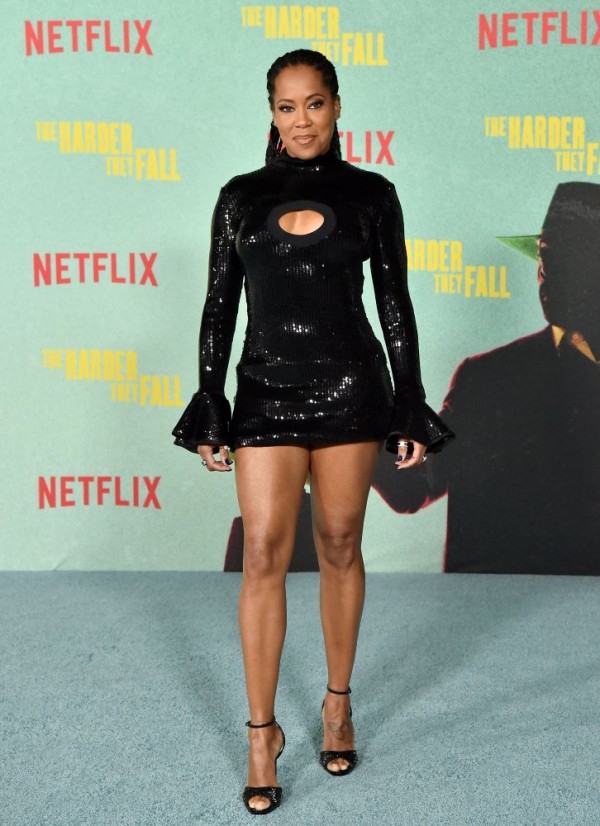 Actress Regina King, who plays the role of Trudy Smith in the film, looked bold in a short, black sequined number with bell sleeves and matching sky-high stillettos. Her high neckline was balanced by a small chest cutout. 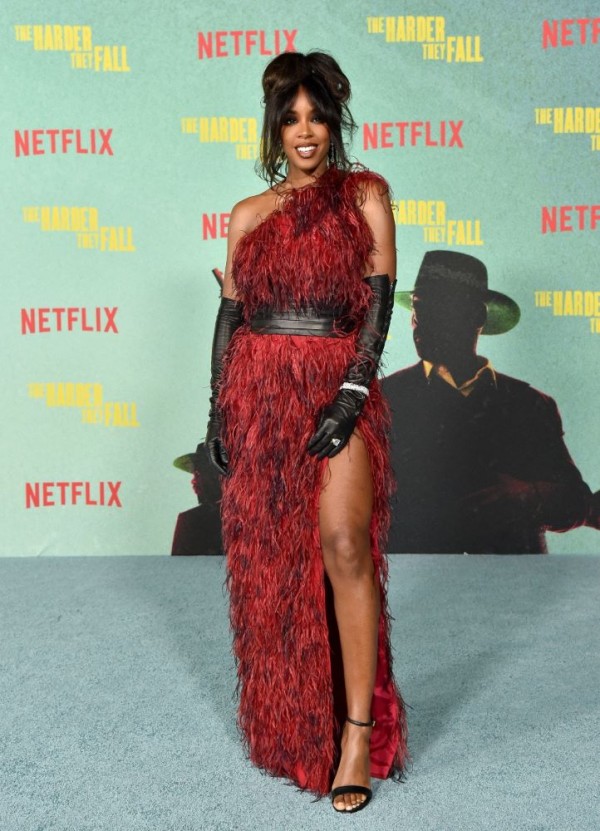 While Jay-Z's incomparable wife Beyonce did not attend the red carpet, former Destiny's Child member and longtime friend Kelly Rowland was there to show her support. Rowland wore a long slit-leg gown of red feathers, accentuated with black gloves, a black belt, and black stillettos.

Bonus: Check out the adorable greeting she got from Jay-Z! 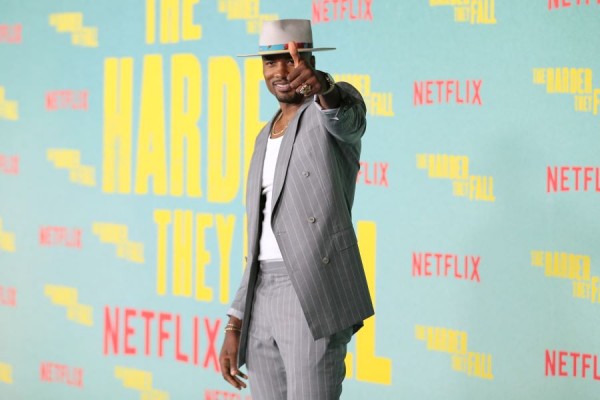 NBA star Serge Ibaka also attended the premiere, dressed in a simple gray pinstripe suit with a tank top and matching hat. The tasteful, stylish 'fit was accentuated perfectly by a gold chain and a colorful band around the hat. 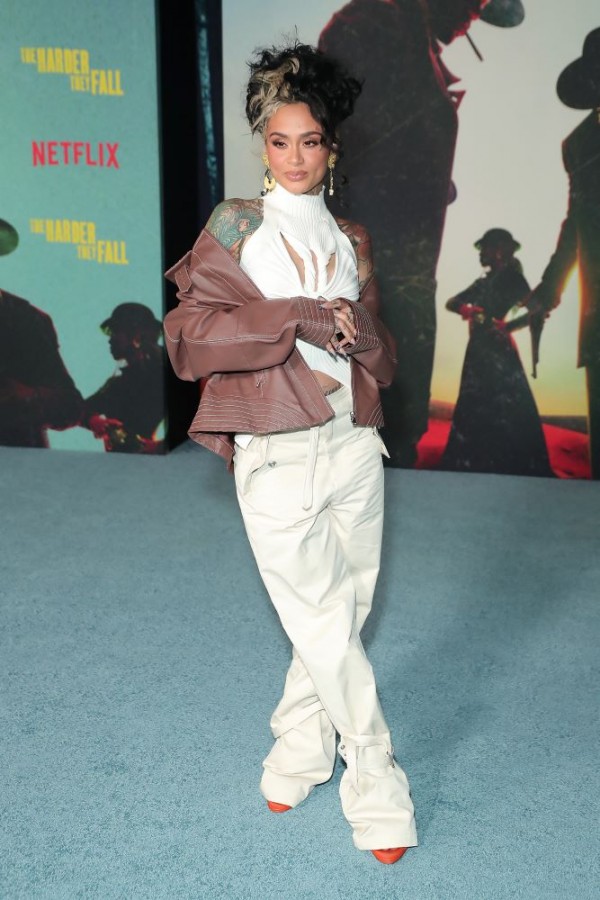 Everybody was talking about singer Kehlani's baggy-casual look. She wore a pair of oversized white pants (underneath of which you can barely make out a red platform shoe) with a stylized white sweater vest. She kept her brown leather jacket pulled aside to expose the intricate tattoos on her shoulders. Her messy updo also toed the line between casual and classy as well as her outfit, and the dangling earrings really dressed the look up. 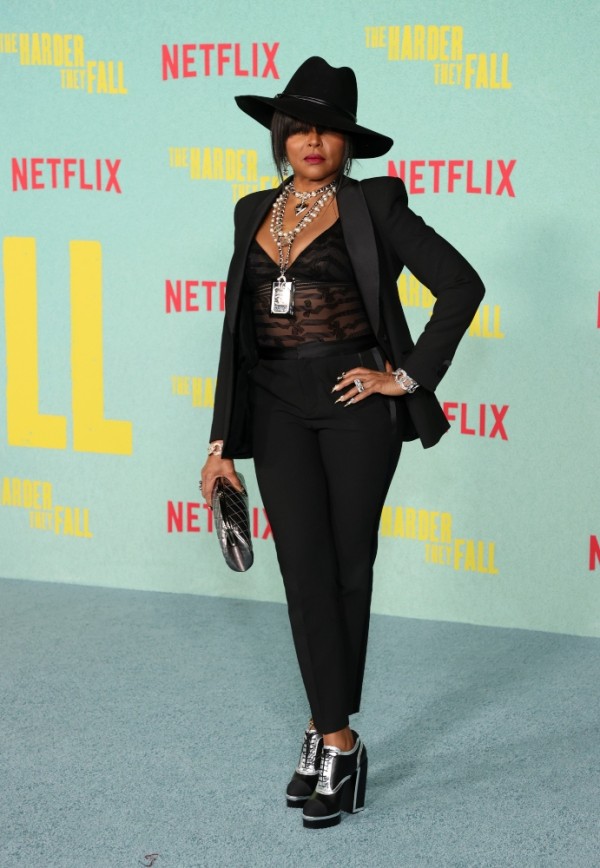 Actress Taraji P. Henson also attended the premiere, getting into the cowboy spirit with a big black hat that dropped low over her eyes. She kept the rest of the outfit black as well, with a gorgeous lace top and a simple power suit, choosing to let the accessories do the talking. Her silver-accented platform booties were the star of the show, accentuated nicely by the silver clutch and her myriad of necklaces.

Singer-songwriter Teyana Taylor also went with a more casual look for this premiere, but still kept it fun: She sported simple black slacks, rolled to the ankle to show off her zebra-print hi-top Converse. Her big bold glasses complemented the shoes nicely with their black-and-white stripe pattern, and the bright yellow bomber jacket was undoubtedly the focal point of the outfit. 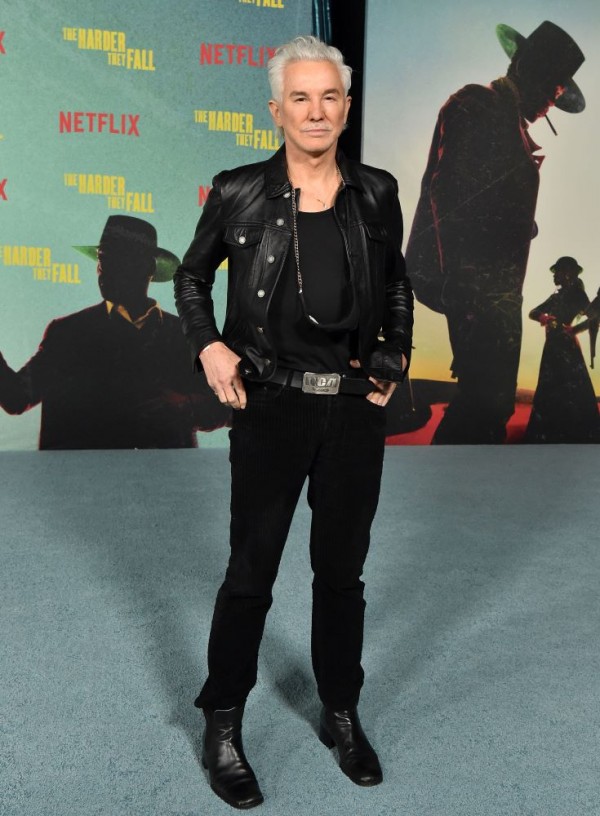 Director Baz Lehrmann was a surprise addition to this list, showing up to the premiere and absolutely rocking it in all black, with cool leather boots and one of the best-fitting leather jackets I've ever seen - but the statement belt buckle and chain is what really sent this look over the top. 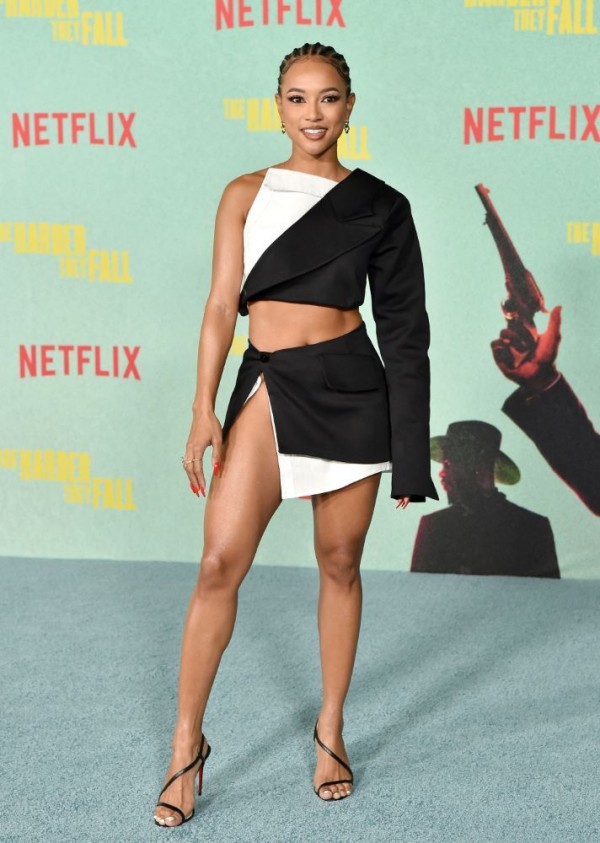 The best look of the night by far, however, was actress Karrueche Tran's incredibly stylish two-piece skirt and suit combo - which was apparently made entirely of a deconstructed suit jacket. The fabulous miniskirt she's wearing is actually being held together by a single button.

Beyonce and Jay Z are a center of controversy recently as they were accused of flaunting too much wealth in their 'Tiffany & Co.' advertisement.

Kanye West Not Only Reunite With Kim Kardashian, But Another Important Person in the 'DONDA' Release Party

Kanye West recently hosted a "DONDA" release party, and one of the people who attended the event was his soon-to-be ex-wife Kim Kardashian.

The celebrities' New Orleans residence s now under investigation as authorities are led to believe the incident to be an arson attack.

Beyoncé's mom Tina Knowles has shut down rumors that the singer is suffering from social anxiety.

In the wake of the death of DMX last Friday after suffering heart attack, his family broke their silence about numerous things.

Is Beyonce finally retiring from the spotlight to hand the throne to her daughter, Blue Ivy?

Beyonce Net Worth: Is Queen Bey Richer Than Jay-Z?

Beyonce's net worth is truly staggering, but the question is: is her value higher than her husband Jay-Z?

As the world celebrated International Friendship Day, many people paid tribute to their dear friends. However, since it's over, we take a look at some of the biggest friendship that turned sour.

In a heartbreaking turn of events caused by coronavirus pandemic, Jay-Z delivered a shocking and sad development.