Tonight! Tonight! Or really, I guess, today. The upcoming Stephen Spielberg adaptation of West Side Story has just released their official sneak peek. This film, coming out on December 10th, is the highly anticipated reimagination of the 1957 Tony Award winning musical. The beautiful music and dancing are featured in this sneak peek, playing over the heartfelt narration of Academy Award winning director, Stephen Spielberg.

While typically sneak peek videos show us longer clips of a finished scene, the sneak peek for West Side Story strikes a different chord. In it, Spielberg takes a moment to speak about how much this production has meant to him. He says, "to actually bring all those elements together as one voice, into an ensemble, I'm just so proud and honored that I got this shot, late in my career, of being able to tell this story based on the 1957 Broadway Musical." This energy that pulses through this production, this sneak peek, and this musical is heart. This heart is sure to make this adaptation a nuanced masterpiece. 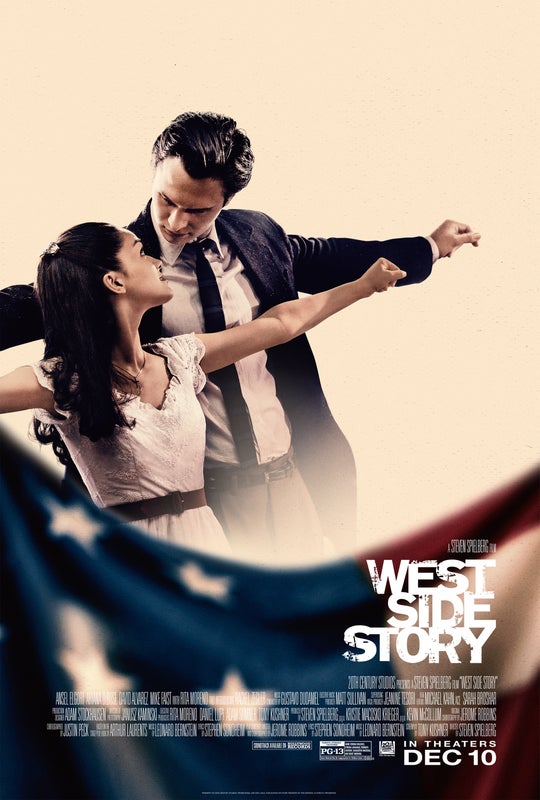 Furthermore, the shots we are able to see in this video are absolutely breathtaking. Dancing through the New York City streets in colorful costumes is a refreshing site after a year and a half spent in a pandemic. Even though this film is set in the past, it is a marker that shows us New York City is making a vibrant return to life.

Rachel Zegler as Maria and Ansel Elgort as Tony make impressive showings in these short clips. The first moments of the sneak peek where we see the two young actors at the iconic gymnasium dance already gives an incredibly strong stance of the high-stakes romance we are about to witness. While these two promise powerful performances in the starring roles, this video emphasizes that this adaptation will be an ensemble piece. We can be ready for an emotionally charged story full of, you guessed it, heart.

West Side Story premieres on December 10th, 2021. We can't wait to see this reimagination in its fully finished form!

Tags: Rachel Zegler Ansel Elgort Stephen Spielberg west side story
© 2022 EnStars.com All rights reserved. Do not reproduce without permission.
Most Popular
You May Also Like

An Interesting Twist: Disney Has Cast Andrew Burnap To Play An Entirely New Character in the Live Action Snow White

The actor, now added to a cast list that also includes Gal Gadot and Rachel Zegler, is reportedly not playing the role of The Prince or The Huntsman, leaving many wondering what plans Disney has in store for the plot of this remake.

After her slide into femme fatale for her most recent film, 'Red Notice,' with Dwayne Johnson and Ryan Reynolds, going for the Evil Queen was the next logical step in Gadot's acting evolution.

The trailer for Steven Spielberg's remake of the classic West Side Story is officially here.

After confirming her first breakout role as Maria for Steven Spielberg's "West Side Story," Rachel Zegler appears to be taking her next significant part for the live-action of "Snow White."