8 Celebrities You Never Knew Were Bisexual (Or Pansexual, Or Omnisexual)

There are actually quite a few bisexual celebrities in Hollywood.

In a world of ever-increasing acceptance and discussion of LGBTQ+ labels, it has often felt like the 'B' in LGBT is the forgotten stepchild. You hear about gay issues and lesbian issues, and the trans community seems to finally be on the way up as well (thank god), but the word bisexual still isn't one you often hear people make a big deal out of.

A lot of that is because of optics - it's hard to SEE someone be bi. You can see them in a same sex relationship and assume they're gay, but unless you know more of their dating history, you can't assume their sexuality, so it's often safer to just say 'gay,' which is often used as an umbrella term. A lot of people, especially celebrities, also keep the label on the back burner when coming out, so as to focus more on acceptance in general. This can sometimes lead to confusion, though.

For example, actor Kal Penney, known most famously as Kumar from the stoner movie duo Harold and Kumar, came out by announcing his engagement to his partner of 11 years, Josh.

The internet reacted with surprise to the announcement, especially since he was once named one of People's most eligible bachelors. Turns out, he wasn't so eligible at the time.

It just goes to show you that you never can tell who is going to be gay - even when they come out. Penney never actually labeled himself in his interview, he only said he was marrying a man - but all of the headlines read that he's gay. They may not be wrong, but the assumption is telling.

So, for your edification from your Local Enthusiastic Bisexual, here are eight celebrities you probably didn't know were actually bisexual. (Or pansexual, or omnisexual...just basically not gay or straight.) 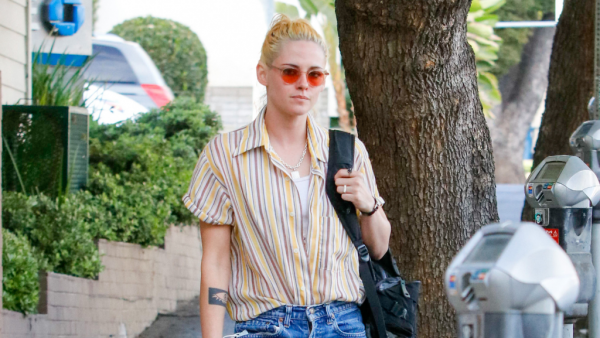 After starring in one of the most famous heterosexual romances of the early 2000's and publicly dating her costar, the road to coming out was a visible and messy one for Twilight actress Kristen Stewart. Even given her relationship with Robert Pattinson, though, as soon as she started publicly dating a girl, the headlines changed over to "lesbian." Then, in 2017, she told The Guardian:

"The whole issue of sexuality is so grey. I'm just trying to acknowledge that fluidity, that greyness, which has always existed. But maybe only now are we allowed to start talking about it.... You're not confused if you're bisexual. It's not confusing at all. For me, it's quite the opposite." 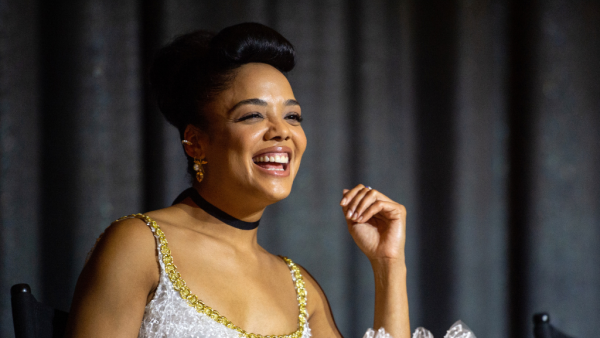 Tessa Thompson came out in 2018, in an interview with Porter Magazine - an almost necessity, as she had been photographed on several dates with another Known Bisexual, Janelle Monae. She told the magazine that it didn't feel like a big deal to her because in her family it never would have been.

"I'm attracted to men and also to women. If I bring a woman home, [or] a man, we don't even have to have the discussion. That was something I was conscientious of in terms of this declaration around Janelle and myself. I want everyone else to have that freedom and support that I have from my loved ones, but so many people don't." the Thor: Ragnarok star said. We love each other deeply. We're so close, we vibrate on the same frequency." 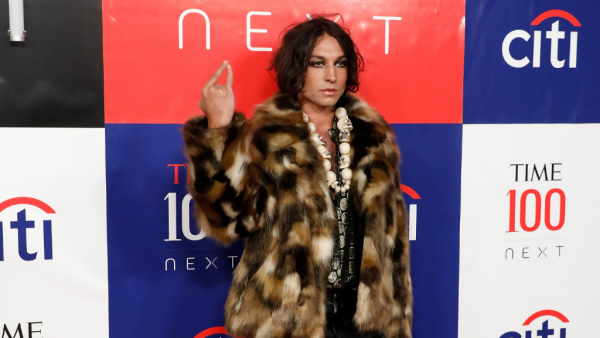 Ezra Miller was incredibly early to the scene, coming out as bi in 2012 before gay marriage was even legal in the U.S. After playing the gay teen Patrick in Perks Of Being A Wallflower, Miller actually had to correct the record in the other direction in an interview with The Daily Beast:

"The way I would choose to identify myself wouldn't be gay. I've been attracted mostly to 'shes' but I've been with many people and I'm open to love wherever it can be found," he says. "I think a lot of people are projecting their own troubles and fears concerning sexuality onto those around them."

(Miller also recently made headlines saying that LGBTQ+ folks are better at sex...but that's another cup of tea.) 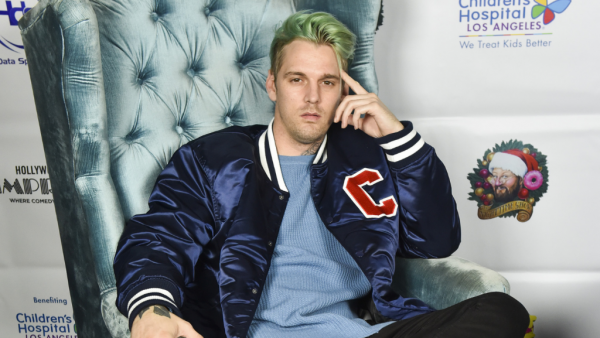 Looking back, this one SHOULD have been obvious. Aaron Carter had all the bi guy energy back in the day, we just couldn't see it because we didn't know what we were looking for. The "I Want Candy" singer revealed in a 2018 tweet that candy isn't the only thing he's ever wanted...nor are women.

"There's something I'd like to say that I feel is important for myself and my identity that has been weighing on my chest for nearly half of my life.This doesn't bring me shame, just a weight and burden I have held onto for a long time that I would like lifted off me," he wrote.

"I grew up in this entertainment industry at a very young age and when I was around 13-years-old I started to find boys and girls attractive. There were years that went by that I thought about, but it wasn't until I was 17-years-old, after a few relationships with girls, I had an experience with a male that I had an attraction to who I also worked with and grew up with."

Unfortunately, Carter did ultimately backpedal on this admission, but in a commentary so laced with stigma (and sounding so much like every placating speech I've ever given to a family member about how I *probably* wouldn't marry a girl) that I can't help but consider him one of us anyway. Convoluted as it may be, having to constantly backpedal and talk around your sexuality to get places is an undeniable part of the bisexual experience. 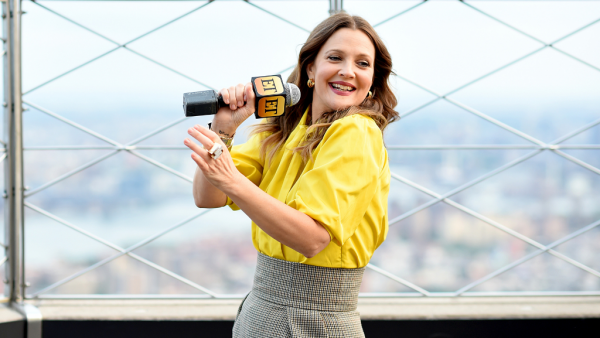 Another early comer-outer, actress and Hollywood Princess Drew Barrymore came out as bisexual way back in 2003, back when almost nobody took it seriously - women who identified as bisexual were labeled as deviants or attention-seekers. Even the article she admitted it in chose to highlight her "two failed marriages" and referred to the period in which she discovered her sexuality as her "troubled teenage years." She said: 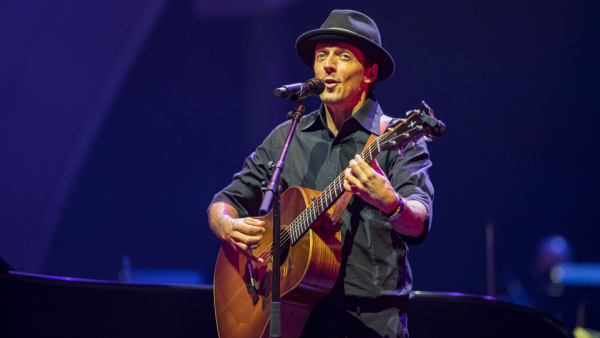 "I'm Yours" singer Jason Mraz came out very subtly in 2018, in one of many letters that Billboard asked musicians to write to the LGBTQ+ community for pride month. Mraz chose to pen a poem about all the ways the community had inspired him, in the end writing:

We still have a long way to go

I am bi your side.

He had to confirm later that this did, in fact, mean that he was bisexual, despite the fact that he is married to a woman. He also reminded us on TikTok earlier this year that he could get a million boyfriends if he wanted to - so we're lucky he doesn't! 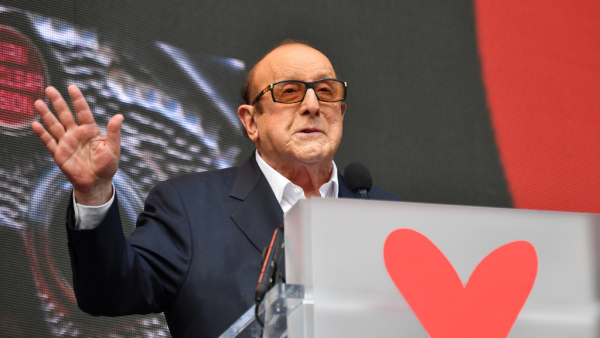 This one was a shocker back in 2013 because Clive Davis wasn't your stereotypical "free bird" artist: He was an older white businessman known for launching the careers of artists like Whitney Houston, Barry Manilow, Bruce Springsteen Sarah McLachlan, and more.

When he opened up about having experiences with men in his 2013 memoir, people had a lot of questions.

"You don't have to be only one thing or another," he said in an interview with Katie Couric. "I opened myself up to the possibility that I could have a relationship with a man as well as the two that I had with a woman." He also said on Nightline that bisexuality is "maligned and misunderstood."

Davis split from his wife in 1985, and since then has enjoyed long-term relationships with men, but he has always said he was bisexual. 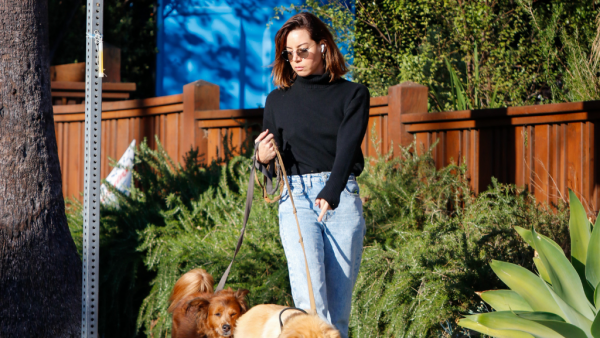 Parks and Recreation star Aubrey Plaza came out very casually in an interview with The Advocate in 2016, after her interviewer asked if female fans ever "come on" to her.

"Oh, yeah. I don't mind. I know I have an androgynous thing going on, and there's something masculine about my energy...Girls are into me - that's no secret. Hey, I'm into them too. I fall in love with girls and guys. I can't help it."

Plaza also offered an explanation as to why the LGBTQ community seemed to love her so much:

"I feel like I operate in an old-school way that only gays truly understand...My tastes are like an older gay man's, and I think that's who I really am. Like, I grew up obsessed with Judy Garland, and I was also obsessed with how much she meant to her following."

Tags: Kristen Stewart Tessa Thompson Ezra Miller Drew Barrymore Aubrey Plaza
© 2022 EnStars.com All rights reserved. Do not reproduce without permission.
Most Popular
You May Also Like