Striking out on her own, for her 2021 independent debut with her new EP, Prelude, Lauren Jauregui spoke with Audacy's Shira Lazar and Ryan Mitchell on Channel Q, about blossoming in this new phase of her career.

Falling into "faith," Jauregui subscribes to the belief that "there's always going to be the step ahead of me that I need to take, in order to get where I got to go...if I'm taking care of myself and I'm doing what I got to be doing," explains the singer. 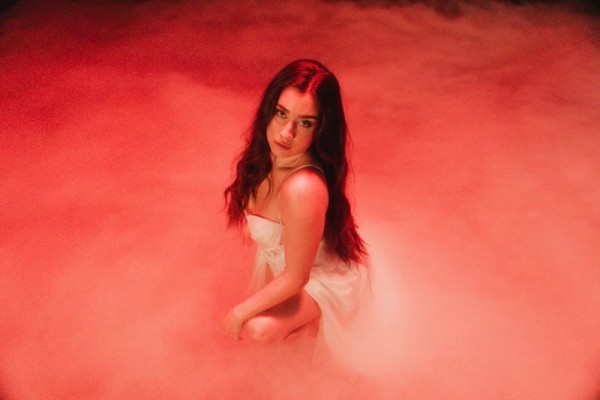 With Prelude arriving on November 5, Jauregui shares that throughout the process of gearing up for a solo project she has learned that she is more capable than she ever thought she was. She adds that although she ventured into an independent project nothing is ever done alone.

Lauren shares she reached out to friends and peers in the music industry while working on Prelude, in particular, Russ, Princess Nokia, and Victoria Monet. "I spoke with people that I really love and people who I've gotten to know over the years, people with who I've genuinely built a relationship with."

In 2018, Jauregui began writing her own songs, and as a queer artist, she tells us she was already very comfortable with her identity at that point. However, she highlights the idea that there is a difference between being comfortable with one's sexuality "privately" versus "publically."

The "Scattered" singer continues, "I think that in my songwriting process...I keep my songs pretty gender-neutral so that I'm always talking to someone or about someone...I don't really make gender a part of it." Lauren notes that her music is meant to "speak to anyone, no matter who they are."

Around the same time that Jauregui began writing her own music, the girl group she was a member of, Fifth Harmony, began to dissolve. Lauren has since been able to reflect on her time as a Fifth Harmony member and apply what she learned from the hit Pop group to her own endeavors.

"I think that Fifth Harmony was a huge part of my life and story," says Lauren. "It definitely navigated those really formative years of my life." Jauregui shares that from the ages of 16-21, amidst four other members of the group, she was trying to sort out exactly who she was "in the context of a Pop girl group, and in the public eye."

"It was definitely a lot to process, and I definitely realize there were a lot of things that came with having gone through that experience...emotionally, physically, and spiritually."

Lauren says that the "girl" who is "growing and healing" from her time in Fifth Harmony now lives and breathes in her new music. Jauregui alludes to many lessons she learned from the group, and asserts, "that's why I'm here, that's why I'm independent, that's why I'm moving the way that I am....because I compromised my artistic self for a grander vision that I do not regret in any kind of way."

Now Lauren looks back at Fifth Harmony with love, because ultimately the experience allowed her to get a grasp on "who the heck I am." She says at the time, she did not understand the greater purpose of her Fifth Harmony journey and harbored some regret. However, now Jauregui knows exactly what she wants, "with an unapologetic energy."

RELATED ARTICLE: Fifth Harmony 2015: Lauren Jauregui Comes Through On Promise To Harmonizers By Sharing PHOTOS From Hawaiian Vacation, 'Nature Is So Impressive' [VIDEO]

Tags: fifth harmony Celebrities Music
© 2022 EnStars.com All rights reserved. Do not reproduce without permission.
Most Popular
You May Also Like

Shawn Mendes, Camila Cabello Engaged to be Married this Year?

There's a rumor going around that Hollywood's beloved couple, Shawn Mendes and Camila Cabello, are engaged.

Normani Hurt Over Camila Cabello's Past Racist Posts: 'I Was Devastated'

Rising pop R&B artist Normani opened up about her past and future plans as she paved her way to a successful solo career in the music biz.

Fans are excited for real-life couple Camila Cabello and Shawn Mendez to win a Grammy because they will do something extreme on stage.

Fifth Harmony member Lauren Jauregui might be leaving the girl group, after Camila Cabello in December 2016. Jauregui has reportedly signed a solo record deal with Columbia.

Camila Cabello's Comeback: The Singer Speaks On Her Return After Leaving Fifth Harmony

Former Fifth Harmony member, Camila Cabello is making a name for herself as a solo artist. The Cuban singer will officially release her debut album on Jan. 12th.

Breaking Down The Final 3 Of 'Dancing With The Stars' Season 24: Normani Kordei's Upcoming Victory Steamroll (VIDEO)

Tonight is the much anticipated finale of 'Dancing With The Stars.' Below we share our breakdown of the remaining contestants and our prediction for the winner.

Breaking Down The Final 4 Of Dancing With The Stars: Who Has What It Takes To Win (VIDEO)

Only 4 dancers remain on this season of Dancing With The Stars. Below we break down the contestants and predict whether or not they have what it takes to win it all.