Entering Theaters With a BOOM!! Lin Manuel Miranda's Directorial Adaptation of 'Tick, Tick...Boom' Starring Andrew Garfield and Alexandra Shipp is a MUST SEE!

The newest musical movie adaptation Tick, Tick...Boom! officially hit theaters today, and, much like the title says, the excitement surrounding this movie has been one big BOOM! The explosive energy and enthusiasim this film was met with speak to the incredible work of stars Andrew Garfield and Alexandra Shipp, the directorial prowess of Lin Manuel Miranda, and the phenominal work of the rest of the cast and creative team. The musical is the semi-autobiographical story of Jonathan Larson's life as he fought to write the musical sensation Rent. The heart present in Rent is equally present in Tick, Tick...Boom as you can feel the composers entire self in the story and music.

Tick, Tick...Boom has been such an instant, breakout hit that Twitter has already put the film on Oscar watch. @KyloCool630 tweeted out, "#TickTickBoomMovie is an undisputed masterpiece. Andrew Garfield will 100% be in next year's Oscar conversation because of this expertly-executed ode to musical theatre. 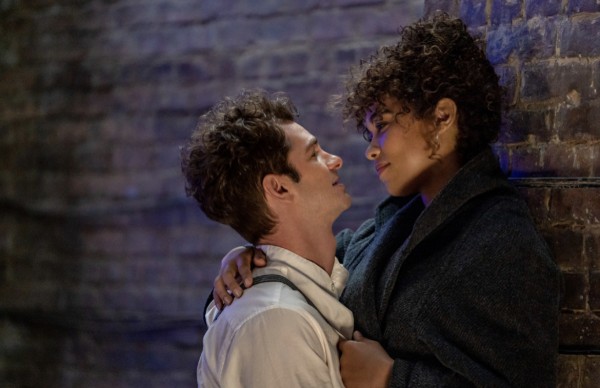 Thank god for Lin-Manuel Miranda" It sounds like Lin Manuel Miranda has yet another hit on his hands. He's like a theatrical Midas: everything he touches turns into an award winner.

#TickTickBoomMovie is an undisputed masterpiece. Andrew Garfield will 100% be in next year’s Oscar conversation because of this expertly-executed ode to musical theatre. Thank god for Lin-Manuel Miranda.

Alongside the film making waves in theaters today, the soundtrack to this insta-hit has also been released today. This way we can all spend our time listening to every song over and over again, patiently waiting until Tick, Tick...Boom is released on Netflix on November 19th.