Ah, Thanksgiving. That magical time of year when family and friends gather around the dinner table to feast, give thanks, and hear off color jokes from that one drunk uncle we have all learned to ignore. But food and family aren't the only things we celebrate on Turkey Day. There is also the yearly tradition of The Macy's Thanksgiving Day Parade.

Established in 1924, The Macy's Thanksgiving Day Parade is a holiday staple full of floats, musical performances, celebrities, and Santa Claus. But one of the best parts of the parade is the giant balloons which float joyously through the Manhattan parade route. Even more fun is when things don't always go according to plan. Here are a few of the craziest balloon fails from The Macy's Thanksgiving Day Parade. 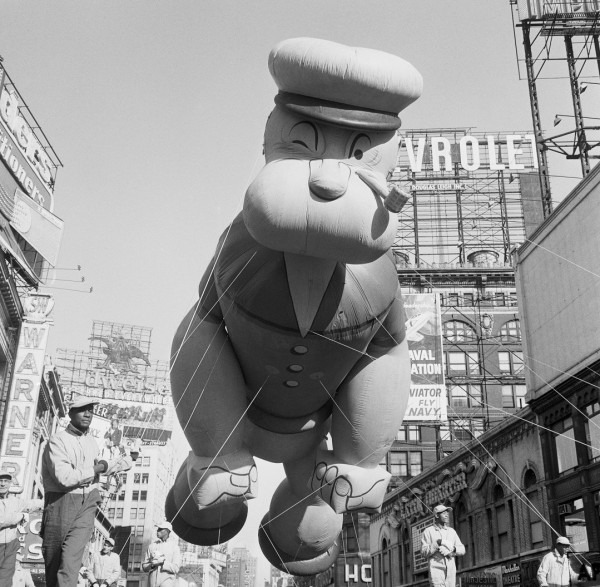 Crowd favorite at the time, Popeye had one of his signature oversized arms torn off by a tree and grounding him for the rest of the parade. Guess he should have eaten his spinach. 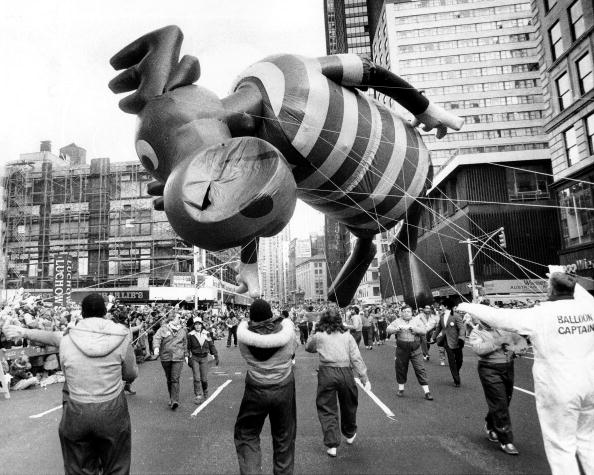 The cartoon moose had a notorious track record for fails in his early years with the parade. In 1964 he was knocked about by heavy winds. In 1971 he was unable to fly due to wind and rain. But most notably was in 1982 when the giant moose balloon crashed into a lamppost keeping him from making it to the end of the parade. 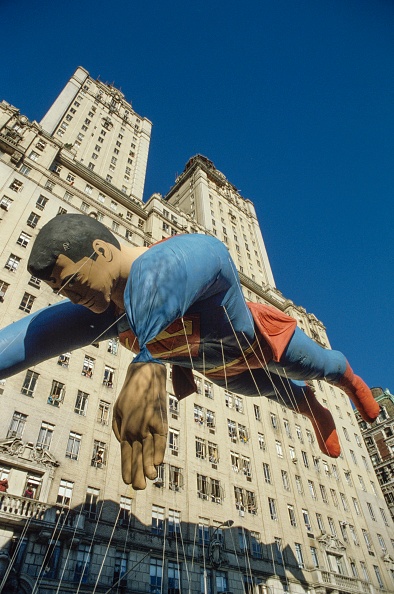 Sometimes even The Man Of Steel isn't as strong as he appears to be. Especially, when he loses his left hand, which was left flapping in the breeze. No traces of Kryptonite was found at the scene.

It's not easy being green. Truer words were never spoken when The Muppets' beloved leaders head was torn on some trees, deflating the balloon and sending him down onto the handlers on the street below.

Dr. Seuss's The Cat In The Hat may take the prize for the worst balloon incident in the parade's history when high winds sent him into a lamppost causing an accident which injured four people in the crowd. One of the injured sued Macy's for $395 million and later settled out of court for an undisclosed amount leading to stricter rules on balloon size and restrictions on flying them in inclement weather.

Maybe Sonic wasn't as fast as he though, having not been able to run away from a lamppost that punctured his right eye, sending the Balloon crashing down to the street along with a piece of post which injured a little girl and a police officer in the crowd.

The not-so-beloved children's show host succumbed to winds which blew him into our old friend the lamppost, deflating him. Eventually, the purple menace was stabbed by the NYPD, causing the crowd of onlookers to cheer on the demise of the annoying purple dinosaur.

Our friendly neighborhood Spider-Man has had a few mishaps in his debut in 1987, but it was the time he might have gotten a little too "friendly" with a balloon of Uncle Sam in 2012 that might have put a pin on who had the craziest balloon fail. We can thank comedian Gilbert Gottfried for his take of the situation on his Twitter feed. Enjoy!

Spider-Man gives America something to be thankful for. Happy Thanksgiving #MacysParade pic.twitter.com/SDIIgtYdZy