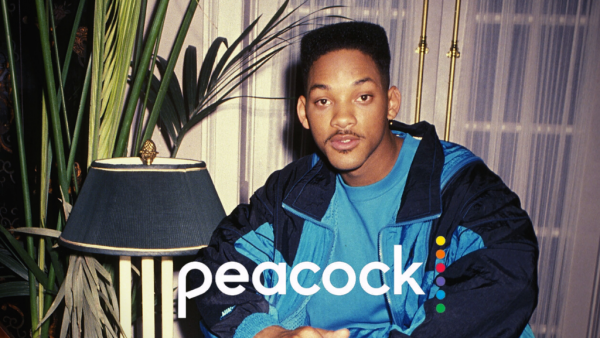 What if moving straight from West Philadelphia to Bel-Air, California wasn't the cakewalk it sounds like it should be?

That's the question NBC and Peacock are looking to explore in their new series, Bel-Air. Bel-Air is billed as a dramatic re-telling of the story behind Will Smith's classic 90s sitcom, set in the modern day, "a celebration of the black experience through the perspective of a family."

That's not to say that the original sitcom wasn't dramatic - for all its humor, there was tons of heart, and the series did not shy away from dealing with difficult topics such as racial inequality, class differences, and family strife. But now, with the benefit of streaming as a platform, the concept has room to expand past the little comedic bits to really look at what happens when you take a young man out of one class experience and simply drop him into another. According to Morgan Cooper, the director of the series:

"We wanted to create a show that stands on its own while honoring the spirit and innovation of the original series. Because Bel-Air is a drama, we're able to really peel back the layers of these characters and themes in a way that you simply couldn't do 30 years ago in the half-hour sitcom format. We're able to go have tough conversations that challenge perspectives."

Of course, the biggest question that must be asked is that of who will take on the daunting role of Will Smith, the iconic character that launched the now-mega-celebrity to fame. Some might wonder if attempting to fill those shoes is a wise venture, but Cooper seems confident:

"Did we ever find him. His name is Jabari Banks and he won our hearts in the same way he won this role. Our creative team, including Will Smith, recognized that Jabari embodied the talent, charisma, and sheer swagger necessary to make this iconic role his own."

Fans can see Jibari Banks try his hand at the new Fresh Prince when the show makes its way to Peacock in 2022. Watch the trailer here:

Tags: Will Smith Jibari Banks
© 2021 EnStars.com All rights reserved. Do not reproduce without permission.
Most Popular
You May Also Like

'King Richard' is King of HBO! The Movie About Serena and Venus Williams Staring Will Smith Achieved an Unbelievable 100% Completion Rate on HBO!

The new movie following the incredible true story of Serena and Venus Williams staring the incomparable Will Smith is garnering not only high viewer rates but high retention rates. 707K households in the United States streamed the incredible new film this weekend, and, even more amazingly, the film had a 100% view completion rate.

We're seeing a lot of Vaughn Hebron these days. Not only is the actor starring in the Paramount+ revival of "The Game," but Hebron is making an appearance in "King Richard," the biographical film about Richard Williams' efforts to support and shape Venus and Serena Williams' tennis careers. The film has been generating a lot of Oscar buzz, particularly around Will Smith's performance as the Williams patriarch. Recently, Enstarz got the chance to sit down with Hebron as he dishes on what it was like to be on set with the legendary actor, and what he's learned from Smith.

Can You Tell the Difference? Pictures of the Real Serena Williams and Venus Williams vs. Pictures from the New Movie 'King Richard' Starring Will Smith!

Here are some pictures of the real life Williams family alongside stills from the new movie King Richard.

Shaping the Next Generation: Saniyya Sidney Shares Will Smith's Advice On Building Relationships On Set

Rising film star, Saniyya Sidney recently shared in an interview with W Magazine Will Smith's heartwarming advice to her while on the set of "King Richard." Smith, who plays Richard Williams, the father of Sidney's young Venus Wiliams, was an inspiration to the young actress, who said, "I love, love, love how big of a heart Mr. Will has."

Tune in daily to the highly anticipated five-day event for new episodes on Will Smith’s YouTube channel.

Will Smith Opens Up TO Jimmy Fallon About The Pressures Of Portraying Richard Williams Along with Other, Still Living, Icons.

Playing Famous Father Of Tennis Champs Venus And Serena Williams Was A Daunting Task According to Will Smith.

Are You SERIOUS?! Jared Leto from 'Suicide Squad' Says He Was "The Good Boy" On Set!! Was the Joker Just Joking About His Cast "Gifts"??

Are you SERIOUS? Despite certain rumors about the actor going full method for the role, Jared Leto says he was in fact "the good boy" on set.

Will Smith Vowed To Satisfy Jada Pinkett Sexually Or Die Trying... That Makes Them A Great Couple!!

The details from the 'Men In Black' star's new memoir and his recent interview with Oprah, along with things the 'Girls' Trip' actress' many discussions on 'Red Table Talk' paint a picture of a couple working incredibly hard on their relationship for each other.