Last night was the 2021 Gotham Awards, and all the stars in attendance were dressed to the nines - but even with all the competition, there were a few standouts. These are Enstarz' eight best dressed stars on the Red Carpet last night. 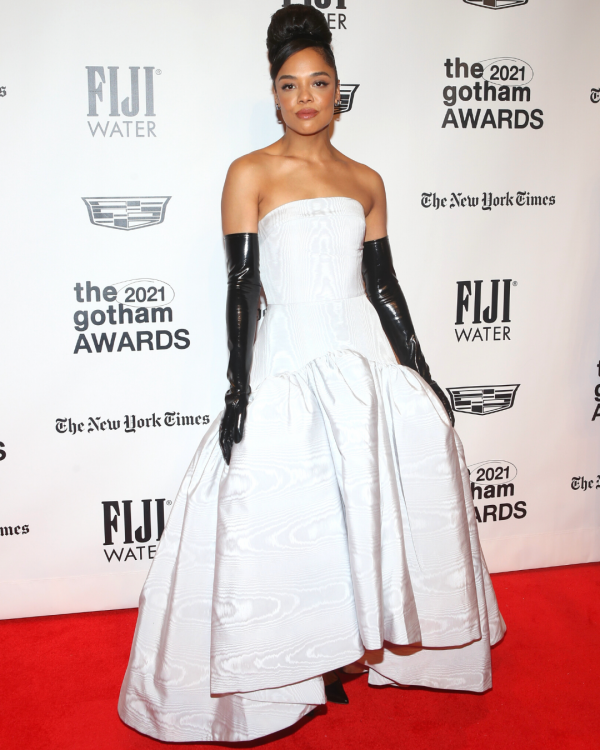 Actress Tessa Thompson absolutely stole the show in this fabulous white ballgown with black leather gloves, like the elegant badass she is. Thompson just signed on to be part of Michael B. Jordan's upcoming film Creed III, which will also be his directorial debut.

Tessa spoke with MTV about the next installment of Creed saying, Michael B Jordan, "is directing the next Creed. It's going to be ammo, I think, for me when he is engaging with me as a director. I'm just going to tell him to dial down the sexiness." Making fun of her costar being nominated as the Sexiest Man Alive. 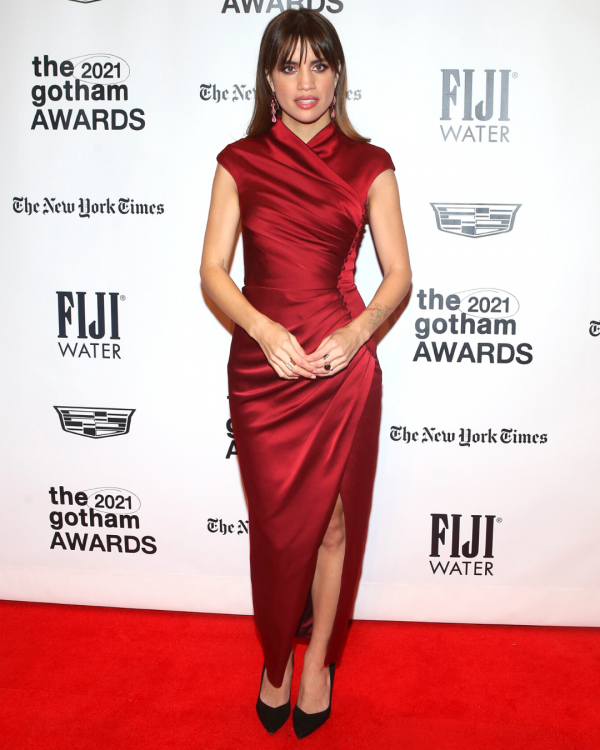 Natalie Morales, journalist and host of The Talk on CBS, wore a red satin gown that was to DIE for, especially with the button details across the front. 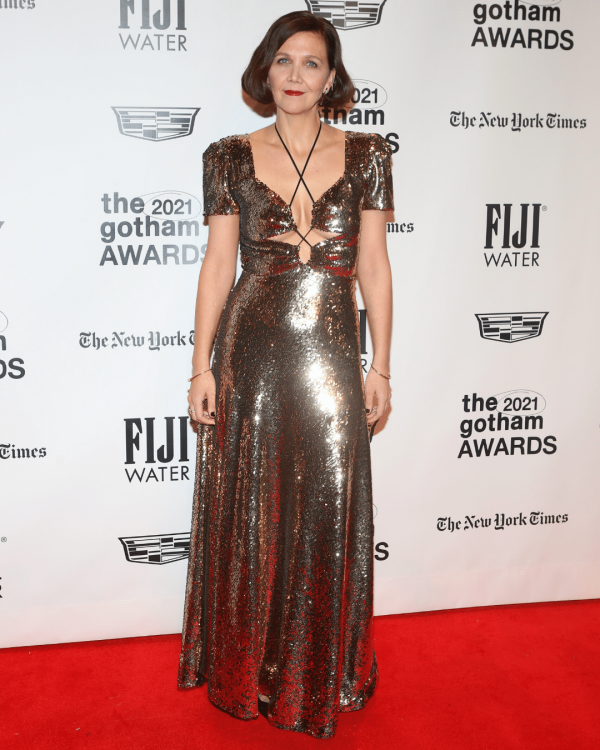 Though everyone has been talking about her recently as "some actress" (possibly) who comforted Taylor Swift in a bathroom after a certain someone broke her heart...but at the Gotham awards she gave people something else to talk about: Namely, this gold sequined gown. 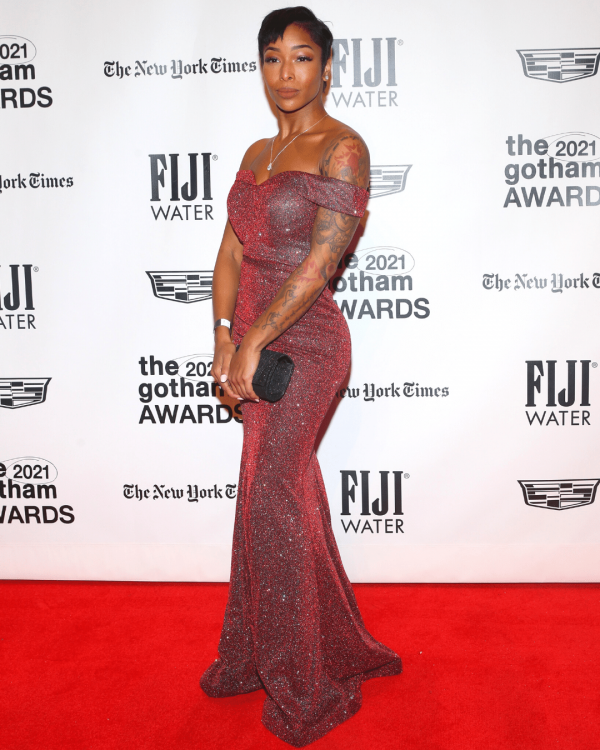 Brittany S. Hall does it all - from acting to producing to writing to directing, this stunning woman is a quadruple threat, and it's quintuple if you count her ability to slay in the fashion department. Not only does this sparkly red number dazzle - it also subtly matches her tattos! 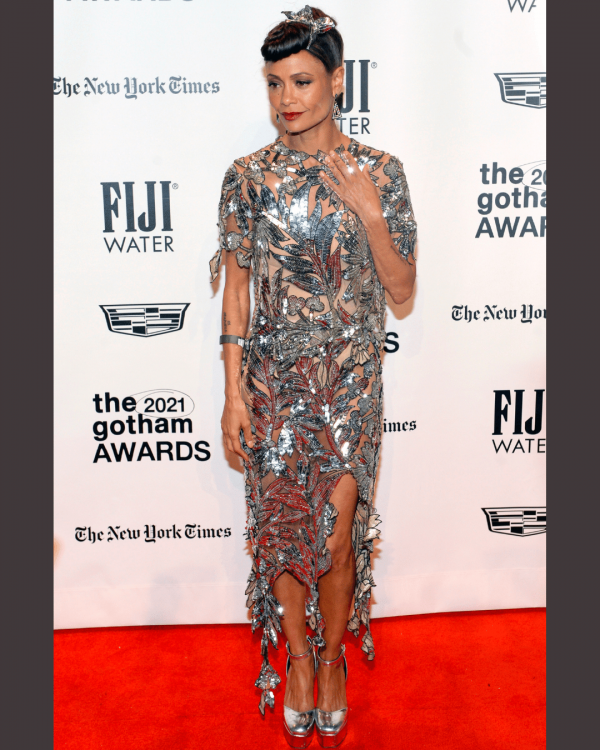 Actress Thandiwe Newton is probably best known for her roles in Crash and Westworld, but last night she was known for absolutely rocking the house in a stunning sheer dress composed of mirrored silver leaf fabric, with platform heels to match. 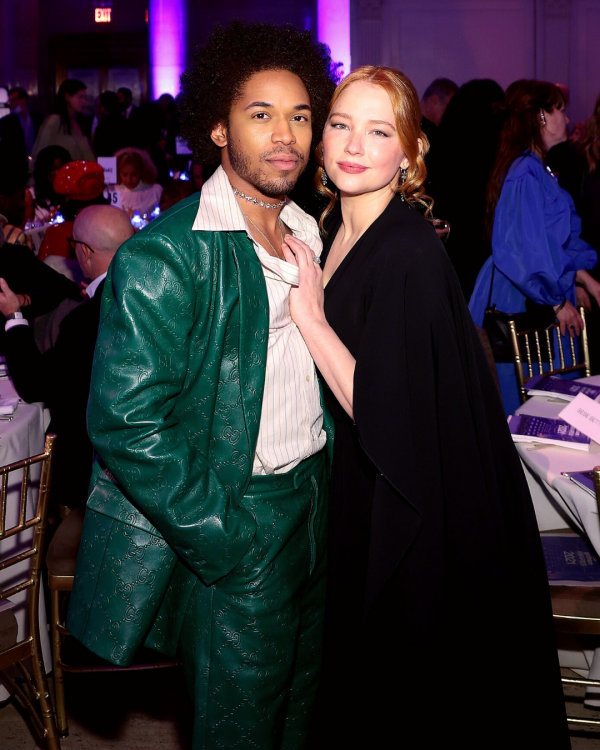 The ladies definitely had some of the best looks last night, but we have to hand it to actor Kelvin Harrison Jr., pictured here with Haley Bennett and rocking a KILLER green leather suit with a white pinstripe shirt. 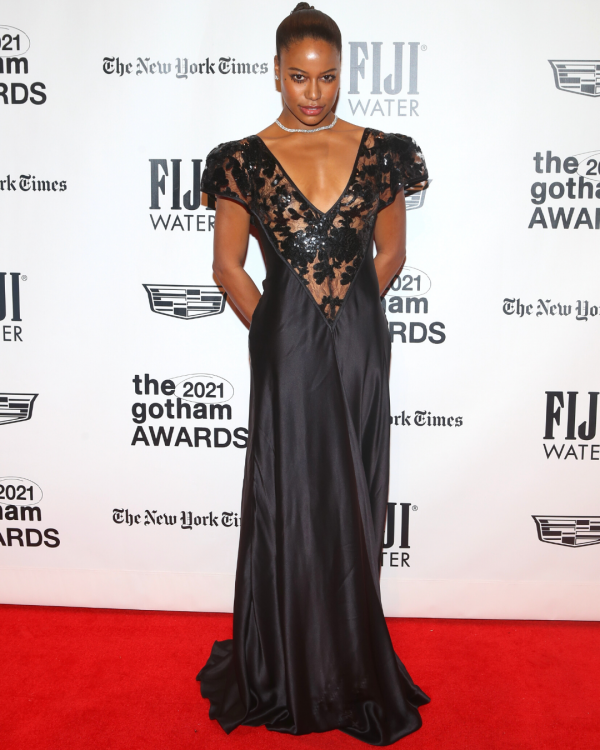 This dress was a CHOICE, and an AWESOME one - Taylor Paige was throwing major 80's vibes in this long black number with oversize cap sleeves. The plunging V neckline is elongated by the lace underneath of it, creating a semi-sheer effect on at the top of the dress while creating a waistline at the same time. The whole dress comes together and looks reminiscent of the fashions of over 100 years ago. 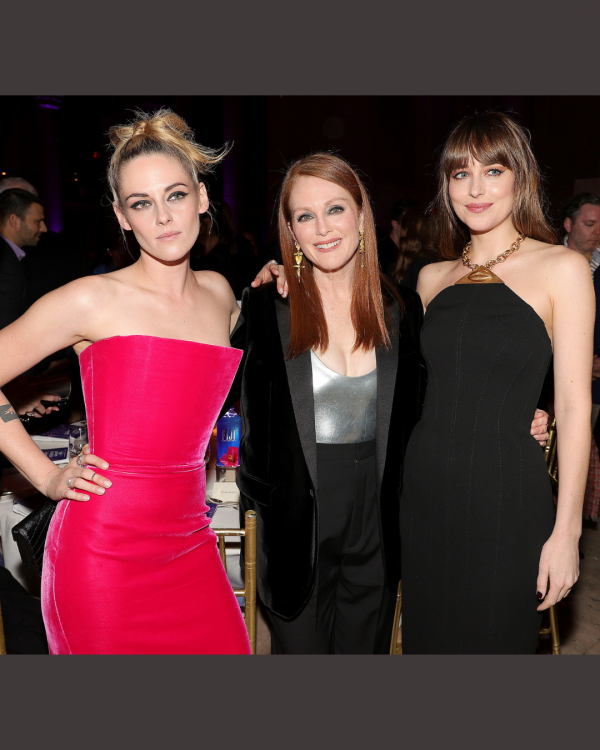 Bonus pic! Though Kristen Stewart was our actual choice for best look here - that straight-edge neckline and bright red color say it all - we couldn't resist using this photo with the equally stylish Julienne Moore and Dakota Johnson, to whom we now officially award honorable mentions

'The Talk' Hosts Sheryl Underwood and Natalie Morales Have 'Unspoken Tensions'? Here's What It's About!

Though ratings are improving for "The Talk" with its new roster of hosts, there are reportedly more tensions on the set than it has ever been.

Sorry Sheryl Underwood: 'The Talk' Ratings Soar Thanks to New Host Natalie Morales Amid Their 'Tensions'

"The Talk" ratings are reportedly improving, and that's all thanks to the new host - Natalie Morales.

It seems like not everybody is happy that Natalie Morales joined "The Talk."

"The Talk" staff are reportedly loving one of the newest hosts of the show.

More "The Talk" drama is being learned this week.

Morning show host Natalie Morales officially stepped down in NBC News after working under the broadcasting company for 22 years.

NBC Orders Sitcoms 'I Feel Bad' And 'Abby's' To Series

'I Feel Bad,' which stars Sarayu Blue, is being ordered by NBC as a series. Another comedy with the same path is 'Abby's,' which stars Natalie Morales as the bar owner.