Jennifer Lawrence was absolutely glowing last night at the world premiere of Adam McKay's Don't Look Up, stepping out for one of her first public appearances since news broke of her pregnancy. Her castmates in the film included names as big as Timothée Chalamet, Ariana Grande, Leonardo DiCaprio, Meryl Streep, Cate Blanchett, Jonah Hill, Kid Cudi, and Tyler Perry, but Lawrence easily outshone them all in a sparkly champagne Christian Dior number with an accordion-pleated cape. 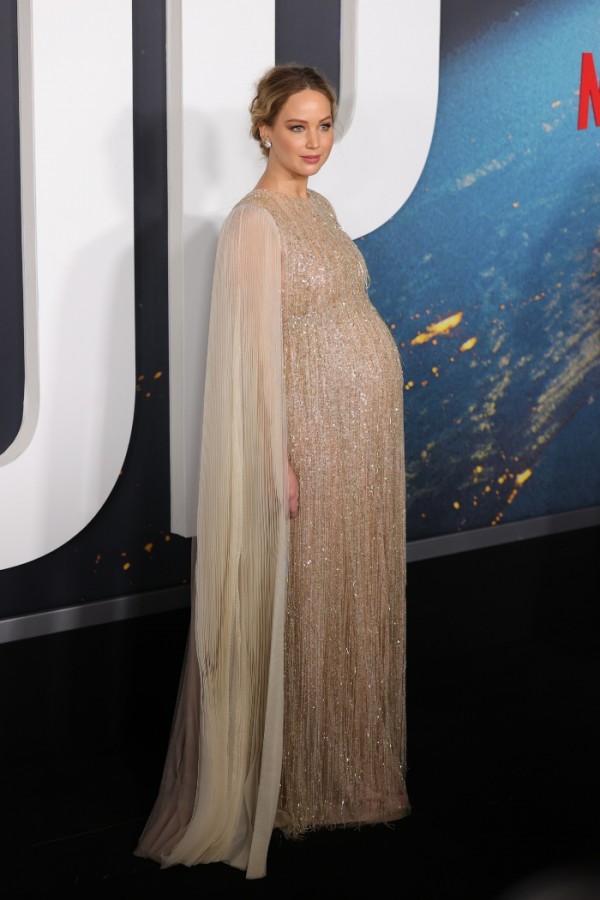 The Hunger Games actress is expecting a baby with her husband, art dealer Cooke Maroney, and although news of the baby broke in September, Lawrence has been rather tight-lipped about it since. She explained why in a recent article for Vanity Fair:

"If I was at a dinner party, and somebody was like, 'Oh, my God, you're expecting a baby,' I wouldn't be like, 'God, I can't talk about that. Get away from me, you psycho!,'" she said. "But every instinct in my body wants to protect their privacy for the rest of their lives, as much as I can. I don't want anyone to feel welcome into their existence. And I feel like that just starts with not including them in this part of my work."

Lawrence joins a growing number of stars who are trying their best to keep their children shielded from the publicity that comes with the life they lead. Actress Mindy Kaling is another celebrity taking these measures - nobody has ever seen a photo of either of her children, though she does openly talk about them when asked. Famous couples Emily Blunt and John Krasinski, Ryan Reynolds and Blake Lively, Kristen Bell and Dax Shepherd also tend to keep their kids out of the spotlight.

Something Lawrence is more than willing to talk about, however, is her work. The star is very excited (reasonably so - you saw that cast list, right?) about the release of Don't Look Up, a comedy disaster flick about a pair of astronomers who have to go on a media tour when they discover that a comet is hurtling towards Earth. 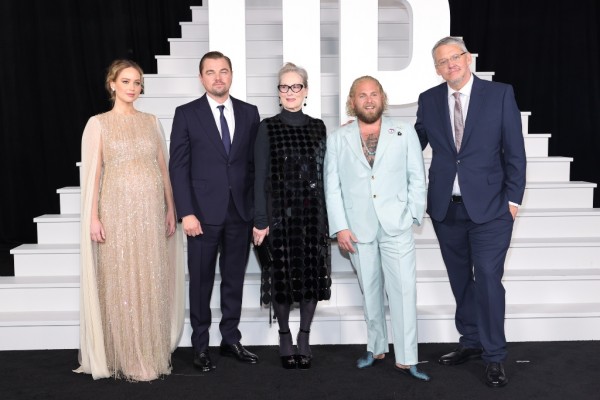 Despite its serious subject matter, Lawrence assures audiences that it's jam-packed with laughs - so much so that even during production, it was hard for her to keep it together.

"It was really, really hard filming with Jonah and just not ruining take after take laughing," she told Vanity Fair. "We one time dedicated an entire day to him just improving insults at me. It was amazing. He's a comedic master."

You can see Don't Look Up in theaters starting this Friday, December 10. It begins streaming on Netflix on Christmas Eve.

Stars: They really do binge Netflix reccommendations just like us.

The pictures are in, and they are AMAZING!

Is Jennifer Lawrence Quitting Acting? Hollywood Star Reportedly Plans On Doing So Because of THIS

Is Jennifer Lawrence calling her quits as an actress?

Meryl Streep Just Fully Accepted That Jennifer Lawrence and Jonah Hill Were Calling Her an Old Goat, Proving That She Is The GOAT

You'd have to truly be the Greatest Of All Time to simply accept and roll with your very junior co-stars calling you a barn animal.