WINNERS ALL AROUND! Harnaaz Sandhu is the NEW Miss Universe and Lori Harvey Dressed to the NINES to Judge! She PROVES it on Instagram!

Sunday night was the 2021 Miss Universe pagent. The organization has been around since 1952, and this was the 70th competition. This year, the winner of the time honored title was India's Harnaaz Sandhu. This is the first victory in this competition that India has taken home in twenty-one years. Sandhu, a role model in her own right, spoke saying that, "I believed in myself, and that's why I'm standing here today." The grace and intelligence that Sandhu demonstrated through the competition make her well worthy of the crown. Equally accomplished runner-ups to the title were Nadia Ferreira of Paraguay and Lalela Mswane of South Africa. 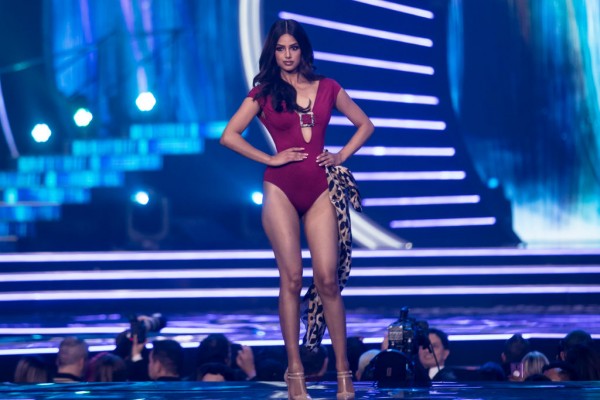 While Sandhu made her way successfully through the competition, she did get caught in a bit of a Family Feude. Steve Harvey hosted this year's pagent while daughter Lori Harvey was one of the judges. As a model of inspiration, grace, and beauty herself, Lori Harvey took to Instagram prior to the pagent to share her excitement. We already knew her for her INCREDIBLE Art Basel outfits, but this steps up the game!

While there was not ACTUALLY any family related feuding, Steve Harvey drummed up a bit of controversy. He asked Sandhu, "I hear you do some pretty good animal impersonations, let's hear your best one." While some may have found the question harmless and silly, many online felt that it was an inappropriate ask to make. None the less, Sandhu handled it incredibly well. She said, "Oh my god, Steve, I was not expecting to do this on the world stage. I have to do this, I have no other option. Brace yourselves, everyone." This was followed up by some very compelling meows. 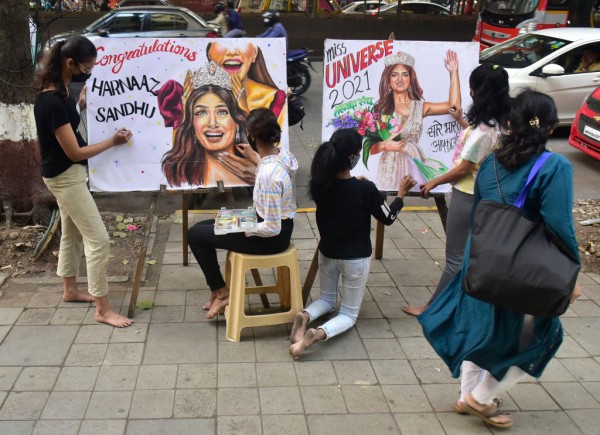 Congratulations to Harnaaz Sandhu and all of India for the award!

Steve Harvey On ‘Miss Universe’ Fail Again? Comedian Criticized After Asking Pageant Winner to Do This on Stage

Another year has passed, and Steve Harvey has returned to host the annual "Miss Universe," however, the comedian has received criticism as soon as the show ended.

After the Philippines' delegate Rabiya Mateo failed to make the top ten finalists, a petition to bring back Steve Harvey as Miss Universe host has gained traction on Twitter.

Steve Harvey gave off a massive eye roll when one contestant was asked to discuss climate change.

Miss Universe 2019: Who Is Zozibini Tunzi? Everything to Know!

Get to know the new Queen!

South Africa's Demi-Leigh Nel-Peters was crowned as this year's Miss Universe. She brought home the title after competing against 91 others on Sunday, Nov. 26 in Las Vegas, Nevada.

It's that time of the year again! Miss Universe 2017 is just around the corner so read on to find out when, where and how you can watch the beauty pageant and vote for your favorite contestant.

How to Watch This Year's Miss Universe Pageant

Miss Universe 2016 airs Sunday night, and here's how you can watch it live.

Mikhail Varshavski goes full-on romantic mode. See what he did for Miss Universe!

The real score on Dr. Mike and Pia Wurtzbach's romance?