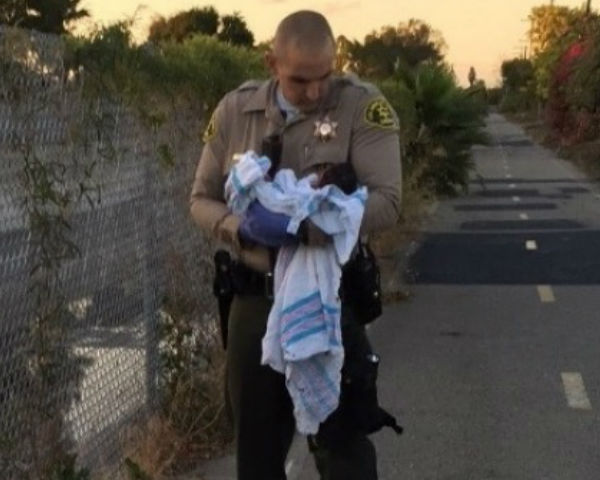 A woman named Evangelina McCrary and her sister Angelica Blount told KABC they were out for their daily walk near the riverbed in Compton. Angelica heard a strange noise and assumed it was a cat, but her sister had a feeling it was a baby crying.

The sisters decided to call 911 and when cops arrived, they heard the muffled cry and discovered a baby believed to be born 24 to 36 hours earlier underneath asphalt and debris.

"There's indication that the child was born at a medical facility or a hospital," said Sgt. Marvin Jaramilla of the Sheriff's Department's special victim unit.

LA County sheriff's officials are now asking for the help of the public in gaining information about the rescued baby.