Ahead of its highly anticipate CES 2016 demo in January and slated April release date, the HTC Vive virtual reality just earned its FCC approval. As Phone Arena reports, the VR device was certified along with its accessories including the Vive controller, base station and link box. Recent reports say that HTC is gearing up for the official launch of what it's calling a "very big technological breakthrough". With CES 2016 taking place in Las Vegas from January 6 - January 9, the company is setting up its own VR experience lounge so CES 2016 attendees will get to try out the Vive headset.

Who is planning on visiting @CES and trying #htcvive?

With 2016 already being dubbed the year of virtual reality, these innovative devices could potentially change the way we experience multimedia altogether. This includes everything from games to movies, to learning and in the not so distant future--communication. These aforementioned platform are currently in the beginning stages of crossing over into virtual reality, which is why HTC is working with VR app developers to create the most immersive 360 degree VR user experiences possible.

We hope everyone is enjoying the holidays with their friends, families, and loved ones. 2016 is going to be a big year for #VR! — HTC Vive (@htcvive) December 25, 2015

According to GadgetzArena, the HTC Vive is a collaborative effort from HTC and video game developer Valve. The wildly popular Samsung and Oculus Rift spawn, the Gear VR headset is a tough act to follow and HTC isn't afraid to bump heads with the competition. Although HTC promised to have the Vive in stores around this time of year, a mid-development breakthrough caused HTC to create a new version of the headset. As a result, the release date for the HTC Vive is delayed until April 2016. Whatever huge discovery HTC may have come upon, the masses are surely ready to receive it. Pricing and availability of the HTC Vive may be revealed during the demo at the CES 2016 so stay tuned! 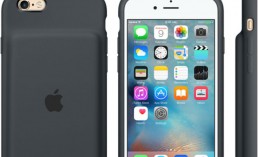 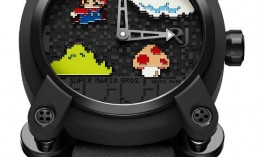 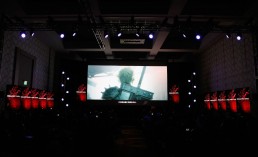