President Barack Obama is telling some of the biggest tech giants to help improve our society as a whole.

Obama appeared at the South by Southwest (SXSW) Interactive Festival on Friday to speak with tech leaders.

"The reason I'm here is to recruit all of you," he told a crowd of over 2,000. "We can start coming up with new platforms, new ideas across disciplines and across skill sets to solve some of the big problems we're facing today."

Such problems include outdated technology in federal facilities and Apple's current battle to protect the privacy of its customers amid the San Bernardino case. Obama did not comment on the San Bernardino case, which involves Apple's refusal to break into the locked iPhone of one of the shooters, even at the FBI's request.

Obama was also very candid about the botched launching of the Affordable Care Act website.

"This was a little embarrassing for me," Obama said, quipping, "My entire campaign was based on having cool technology."

In the first week of its launch, only 1 percent of the 3.7 million people trying to register for health insurance via the website, HealthCare.gov, were able to successfully do so.

Obama also spoke about the U.S. Digital Service, which helps update technology and makes services like Healthcare and student loans "as simple as buying a book online," as the White House website says.

"The U.S. Digital Service is using the best of product design and engineering practices to transform the way government works for the American people," the site says. "In every corner of government, we join forces with the many passionate and talented tech professionals within agencies who are dedicated to public service."

This is the first instance of a sitting U.S. president attending SXSW in its 30-year history. The annual 10-day festival, which takes place in Austin, Texas, brings together the worlds of film, music and interactive media, with over 80,000 people in attendance. First Lady Michelle Obama is slated to speak at the festival on Wednesday. She will be discussing the Let Girls Learn initiative, which helps support girls around the world who need schooling.

New Charging Cable Innovation Works For Both iOS And Android! 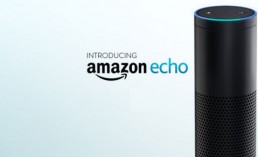