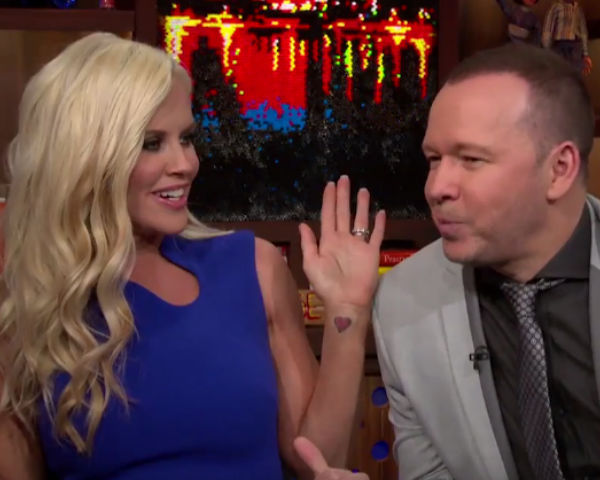 Jenny McCarthy and Donnie Wahlberg share an adorable couple moment while filming an episode of Watch What Happens Live on Monday, Mar. 21 in New York City.

The married couple dished secrets of their sex life during a game of “Never Have I Ever” with host Andy Cohen.

Andy also asked the couple what their biggest fight was about.

Watch the lovely couple on their hilarious game of "Never Have I Ever" on the video below.

© 2020 ENSTARS, All rights reserved. Do not reproduce without permission.
TAGSjenny mccarthy Donnie Wahlberg Watch What Happens Live Never Have I Ever game
SEE COMMENT
CLOSE COMMENT