Erica Mena and Bow Wow called it quits months ago but apparently she wants it to be clear that she is much better off without him.

In her latest tweet about her former fiancee, she responded to a fan who said Mena “looks sexier and happier then when she was wit the lil dude”

Mena wrote back, “because I am”

Just hours before she also tweeted, “Last year I took an L - But this year I bounced back.”

Many fans speculated that she was referring to her roller coaster relationship with the rapper and actor, which ended on an ugly note that included her accusing him of physical abuse.

While Bow Wow has not yet spoken out about her claims, she stood by them in one of her latest interviews just earlier this month.

“Do I go back on that specifically? No. Because those allegations weren’t just falsely thrown out there. The way I did it, I regret it. But the truth is the truth. It never hurt nobody…Never hurt me.”

As far as their Twitter spats, Mena said that is something that she has regrets about.

“Honestly I wish it didn’t happen. But you know, two people who are very emotional and obviously going through it at the time, didn’t take a moment to think things through before we reacted. I know on my end I kind of wish I never said anything.”

She added that she only wants “the very best” for him.

“It was a great ride while it lasted. Not everything works.”

She said that she has still “learned a lot” from the relationship.

Since the breakup, she and her ex Cyn Santana have been flirting on Twitter. She said she’s not against Santana being “the one” for her. 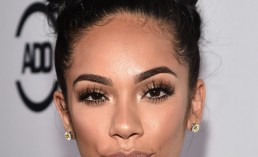 Erica Mena And Bow Wow: Star Says She's 'Happier' Than When She Was With 'The Lil Dude' [VIDEO] 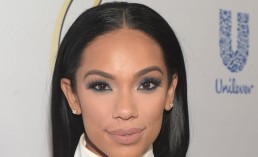