Agents of SHIELD's Lincoln is ready to prove he's not Coulson's weakest link.

The Director has his misgivings when it comes to making Sparkplug a full-fledged member of the team, and, as viewers will see in the next few episodes, Coulson's (Clark Gregg) fears are not unwarranted. Lincoln (Luke Mitchell) was the "Zen master" of Afterlife, but the Doc's more dangerous emotions are bubbling to the surface now that he is facing the high pressures of the outside world.

"There's a wariness that Coulson has about Lincoln being [on the team],"Gregg told En Stars at WonderCon. "This guy wants to be a SHIELD agents but [Coulson] questions his motives. How much of it is just staying close to Daisy and how safe is he having a field agent with powers with a temper like that?"

Fans won't have to wait long to find out if Coulson's instincts are right. As "Watchdogs" and "Spacetime" unfold, Lincoln's story will move to center stage.

Viewers will even be treated to a little more backstory as his arc plays out. We already know Lincoln has a few AA chips in his back pocket, but little is known about his past outside of his old alcohol addiction. According to Chloe Bennet (Daisy), Agents of SHIELD is ready to give viewers a little more insight into just what makes Lincoln tick.

"[Lincoln] have a really great scene coming up where you kind of get to know Lincoln's background a little bit more as to why he is the way he is," Bennet told EnStars on Saturday. "I think fans are really going to like that."

Find out more when Agents of SHIELD airs Tuesdays at 9 p.m. ET. Click the video below to see what fresh danger Coulson's team will face in "Watchdogs." 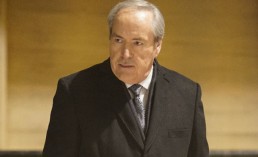 'Agents Of SHIELD' Season 3: How Big Of A Threat Is Malick's Daughter? She's 'Not What You Expect' [VIDEO] 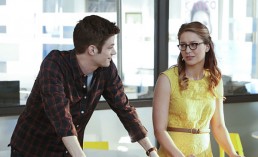 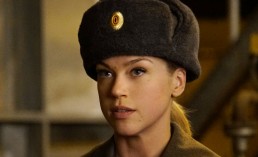