Gooding is playing Simpson in American Crime Story: The People v. O.J. Simpson, which covers the infamous murder trial of the mid-1990s.

The actor spoke with Steve Harvey recently about playing Simpson and why he broke down after one scene in particular.

"As I did this research, specifically one scene in particular: when we shot the scene at the funeral when O.J. kisses Nicole [Brown Simpson]'s corpse," he recalled. "I remember we broke for lunch and I went into my trailer and I couldn't stop weeping. I literally had a nervous breakdown and I said I think I finally grieved for that family, I think it hit me that both those families were shattered and I just felt extreme guilt."

Gooding also discussed his reaction when he first heard the "not guilty" verdict, admitting he was very happy even if there was a possibility that Simpson did commit the murders.

"I remember when the verdict was read and it said 'not guilty' I cheered because I was a black entertainer in L.A. and I had been harassed by LAPD. I had been pulled over, I had guns put in my face and the whole thing," Gooding said. "So I thought if he did it then fine, at least there's another black man that didn't get railroaded or maybe it was our turn to get away with something like that."

There are only two episodes left of The People v. O.J. Simpson so we are getting closer and closer to the reading of the verdict. It remains to be seen how the FX miniseries will present this, but based on previous episodes it will surely be told from all sides of the case.

Watch a promo for the next episode of The People v. O.J. Simpson below: 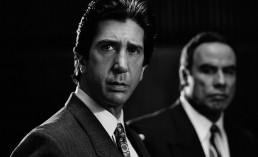 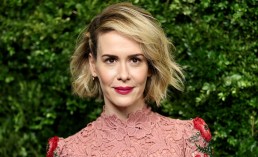 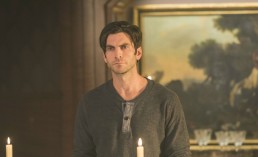