Kyle Richards appeared on last night's episode of Watch What Happens Live, she addressed the ongoing drama between herself and her Real Housewives of Beverly Hills co-stars.

After first revealing she cut her hair to fans days ago on social media, Richards debuted a new look in the clubhouse before opening up about Lisa Vanderpump and Lisa Rinna.

Kyle Richards spoke out about Lisa Rinna on last night's #WWHL, saying she talks too much! 'https://t.co/7fm8MnTuj1 pic.twitter.com/UcSb3miivK

"I just want to put it all behind me," Richards told host Andy Cohen of her fight with Lisa Vanderpump during last night's new episode. "Lisa and I are great, which is why I didn’t want to 'rock the yacht' in Dubai."

During the episode, as Us Weekly reported, Richards proclaimed Vanderpump had made her look "like a f***ing abused wife."

“When Lisa Rinna brought it up, I said, ‘I’ve already dealt with this and we talked about this and it’s over. I don’t want to be brought into this. If you have an issue with it, that’s your thing. I have moved on. Lisa and I are in a good place and I want to stay there,'” Richards continued.

As the episode continued, a caller asked Richards if she felt her co-stars had bullied Vanderpump.

"I think that bullying is a strong word," she said carefully. "I don't think it should really be used in a Housewives forum. However, they had an issue with Lisa and they felt they had to discuss it and that's what we do on the show, so I'm sure Lisa felt like that, but i think that they were just expressing their opinions, but I chose not to be a part of it."

“Why does Rinna always have to bring up Yolanda Foster and Münchausen?” another caller wondered.

"I think that she says, her lips were made for talking and that's just what she'll do,” Richards replied, citing Rinna's show tagline. “She talks too much and she likes to talk about other people's lives rather than her own."

For more Kyle Richards, tune into The Real Housewives of Beverly Hills season six on Tuesdays at 9 p.m. on Bravo, and check out the clip from last week's episode below. 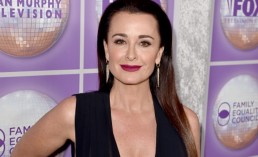 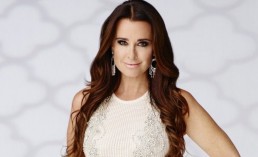 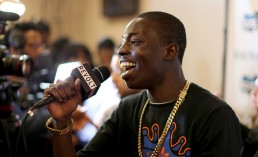