Norman and his mother are continuing to lose it on Bates Motel.

On Tuesday, a promo for next week's episode was released that shows just how deranged these two can get. Norma still has her complicated relationship with Sheriff Romero, but that doesn't quite apply to the craziness she has to go through with her son.

Norman talks to his therapist about an identity disorder, which sounds pretty fitting. Then Norma has a screaming fit about how her life is going to be destroyed.

But when it goes back to Norman's session with the doctor, something gets brought up that hasn't been expressed as much before- the life of Norman's father who was an alcoholic.

When this subject happens, Norma randomly shows up next to her son- or does she?

Whatever Norman sees, he tells his doctor that his mother doesn't want him talking. And there's a good chance that could be true.

See the promo below.

With all the chaos that's been going down, Freddie Highmore (Norman) opened up to Hey U Guys if this will continue in another season or not. Odds are likely that fans can expect more drama to happen in new episodes following the fourth year.

"We now know we're doing five seasons of the show and that's sort of official," Highmore said. "We're now sort of racing towards an end point that the writers have established. Which is incredibly exciting and there's no holding back now. I always sort of say that every season is the best but it really is the case on this one."

The actor also pointed out how his character is always going to have that abnormally close connection with his mother.

"No matter what [Norman and Norma] will always have to be together," Highmore said. "That pits Norman against Sheriff Romero this season and their rivalry develops. I guess from Norman's perspective there's this slightly analytical look that we haven't done before, a deeper look at his psyche and what's really going on under all of that and if he can be saved." 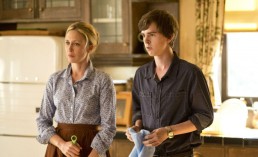 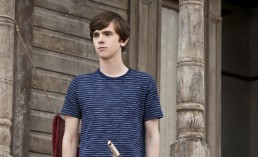 'Bates Motel' Season 4 Spoilers: Find Out When The Fourth Year Will Premiere Its First Episode [VIDEO] 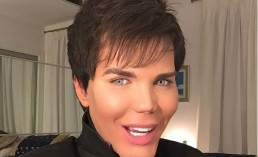