The end is nigh...for season 3 of Agent of SHIELD, that is.

Hive's plans are starting to coalesce, Fitz and Simmons are hard at work on an Inhuman vaccine, and Daisy's Secret Warriors are ready to take on their first mission. If Quake's predictions are any indication, however, SHIELD's luck will take a turn for the worse by time episode 22 rolls around.

Titled "Ascension," the May 17 episode seems primed to turn Charles' final prognostication into reality. Daisy failed to change her vision in "Spacetime," but that doesn't mean she won't be able to alter SHIELD's interstellar explosion.

"In ["Spacetime"], Daisy believes her destiny is to alter this future but it's right on the heels of us building this arc with Daisy where she has this hubris. She has this sense of Inhuman pride. The fact that she thinks she can stop the future is an example of that pride," Maurissa Tancharoen told The Hollywood Reporter. "When we build something up in a character, we like to take it away, and this is an example of that. Whether or not this is also an indication of what happens later, that is still a question of if she can stop this new vision."

The rest of season 3 will feature the following episodes:

In next Tuesday's episode, Daisy will take her new team out for a spin (see a preview below).

"Agent Daisy Johnson must call upon the Secret Warriors for an inaugural mission that will leave no member unscathed, and S.H.I.E.L.D. learns more about Hive's powers, forcing them to question everyone they trust," ABC teased.

Find out more when Agents of SHIELD airs Tuesdays at 9 p.m. ET on ABC. 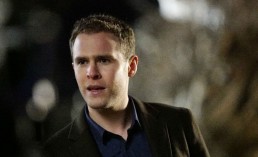 'Agents Of SHIELD' Season 3: One Half Of FitzSimmons Is Having Regrets! Find Out Why [VIDEO] 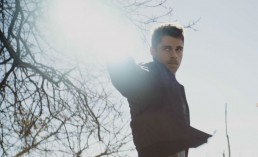 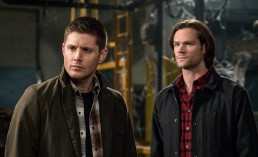 'Supernatural' Season 11: Chuck Has A 'Proposal' For The Winchesters, Episode 20 Plot Revealed [VIDEO]