The beauty was spotted reminding Golden State Warriors reporter Ros Gold who Steph belongs to in a hilarious clip.

It’s safe to say Ayesha was just having fun when she walked up to Gold and Steph while Gold was interviewing him just moments after he made history and scored his 400th 3-pointer during a game, being the first player to do so in one season.

Ayesha approached them and kissed Steph on the shoulder before she made eye contact with the camera. She and Steph’s mom couldn’t help but burst out laughing while Steph shook his head and smiled, possibly being very well aware of what his wife was up to.

But she wasn’t done. Gold called her back over. Ayesha then walked up to them and listened to what Steph was saying while she nodded and put her hands on both of their shoulders. She might have removed her hand from Steph’s shortly after, but decided to keep it on Gold’s a little longer.

Ayesha then broke her silence when asked what helped her and Steph. She said, “God,” before she expressed the importance of family.
She ended with, “We got business to handle though, right baby?”

As for Gold, it’s safe to say she knows it was all in fun. She shared a snapshot of her and Steph together and asked Ayesha and her friend what they were laughing at in the background.

Stephen Curry is first player to make 400+ threes in a season! Lol @ayeshacurry @jazmiyagi, what y'all sniggling & giggling about? Such a great night! 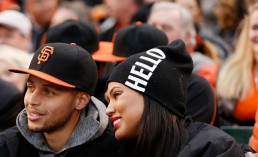 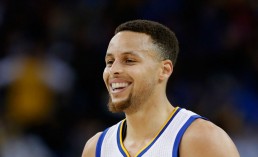 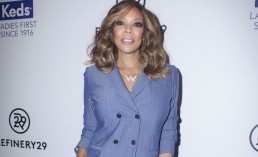 Ciara And Future Baby Drama: Wendy Williams Sounds Off 'You're Better Than That' [VIDEO]