On the small screen, it looks like Jill Duggar knows what she's doing when it comes to delivering babies but now a source close to the reality television star says that might not be the case.

In fact, a mother of a baby born with complications is slamming Duggar's old boss and mentor, while also suggesting that the celebrity mom might be unfit herself for midwifery.

According to In Touch Weekly on Wednesday, the mother of a baby girl born under the care of Duggar's old boss, Venessa Giron, is worried that she might not have gotten the best experience with her. Giron is being blamed for the complications that occurred during the birth of Tiffany Nance's daughter Jozzie back in February of 2014.

Nance told the site that she begged Duggar to call 911 several times while she was in labor but Venessa wouldn't let her.

She says that she was "crying and screaming out in pail" because she had Group B Strep, which can sometimes be very dangerous to a baby unless antibiotics are given. Unfortunately for Nance, Giron only offered holistic remedies.

"Every doctor calls her a miracle," Nance reveals. "My daughter could have died."

Yet, after her birth Jozzie spent almost two months in a hospital and was also diagnosed with cerebral palsy.

As far as Duggar is concerned, Nance adds, "If Venessa's the only person she's trained under, I don't think she's qualified."

So far, Duggar herself has not made any comments about the claims.

Keep up with Enstars for all the latest news on Jill Duggar and all of your favorite reality television stars right here. 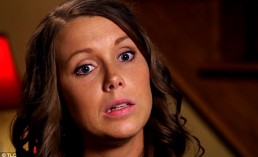 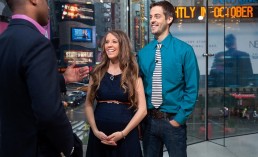