Katie Holmes showed up for a recently held special screening of Season 4 of Ray Donovan in Hollywood on April 25.

The 37-year-old actress was looking pretty nondescript in a grey polka dot blouse and skirt. What's cool, though, is despite the fact that Holmes is not reprising her role as Paige in Season 4, she is playing a good sport and showing her support for the Showtime series. The actress also posed for picture with the rest of cast including Liev Schreiber, Jon Voight, and Kelly Dorsey.

Previously, in an appearance on Live With Kelly And Michael, Katie Holmes finally addressed the speculation surrounding her return for season 4.

Speaking to Kelly Ripa and Michael Strahan Holmes put the rumors about her reprising her role as Paige in season 4, revealing that she had another major commitment and believed Ray Donovan was already filming. The actress is set to reprise her role as Jackie Kennedy in The Kennedys: After Camelot, a follow-up to The Kennedys.

"I am playing Jackie Kennedy, we start in April and Ray Donovan is already filming so..." she said. Adding that she can't do both.

"I loved it, it was a really wonderful experience and the braces were fun," she joked about playing Paige in Ray Donovan.

Ripa suggested Holmes could perhaps return for season 5 then, when she frees up her schedule some.

Previously showrunner David Hollander addressed the query in an interview with The Hollywood Reporter.

He suggested that it was likely as the Finney family will still be key to the story, but added that they would need to find relevant angles to make it work.

"I'm never finished with anybody. But her family certainly is not going to be a centerpiece as a plot initially," she said. "If something about it becomes relevant to the story and can be additive and bring up more places to explore, sure. I love those actors and characters."

Season 4 of Ray Donovan will air on June 26 on Showtime. 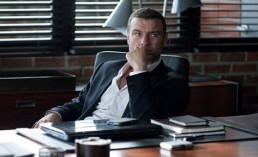 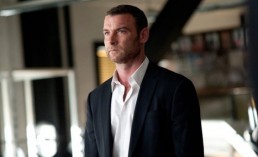 'Ray Donovan' Season 4 Spoilers: All The New Cast Members We Know Of Up Until Now [VIDEO] 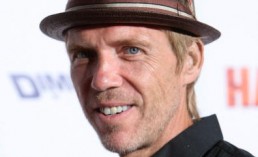