Amid rumors of an engagement and impending marriage to Anderson East, the 32-year-old country singer took to Instagram, where she thanked fans after her first show with fellow singer Kenny Chesney.

"Auburn! Thanks for making the kickoff of the #spreadthelovetour2016 a great one!" Lambert wrote on Instagram on Monday. "We are so happy to be back on the the road with @kennychesney #wandathewanderer #queenoftheroad #airstreambar @wandatwanderer."

In other news, Lambert and East recently debuted their relationship at the Academy of Country Music Awards in Las Vegas.

Anderson "was a little nervous" about walking the red carpet with Lambert, according to E! News, but he was "so happy to be there by Miranda's side."

And while Lambert's ex-husband, Blake Shelton, was also at the event, the singer "did not avoid him," the source revealed. "She just did not go out of her way to bump into him. If they did, she would [have said] hi."

Lambert "was not nervous at all" about the possibility of seeing Blake, added the source. "She is in a totally different space than [she was] months ago. She has no issues with Blake and is happy that he is in a good place in his life and also in love."

"Blake and Miranda were married, so they are not strangers," the source explained. "Miranda will always have a certain love for Blake, but the romantic and forever feelings are gone."

Meanwhile, things between Lambert and East appear to be going great, and engagement rumors continue to swirl, a source claims they have a great connection.

"Whenever they are together they act like two free spirits...Miranda adores Anderson," the source said. "They understand each other. Anderson has given Miranda this confidence she hasn't felt in some time. They are very supportive with each other and their careers."

"Anderson and Miranda are serious," added the source. "They have met both sides of their families. Both their families love what they have. They seem like they are in such a great place. They spend so much time together. They are also very involved with Miranda's animals. That's a big part of her life and Anderson is a huge animal lover." 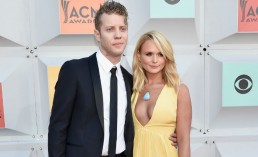 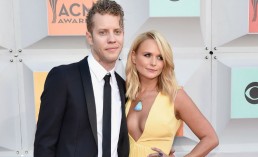 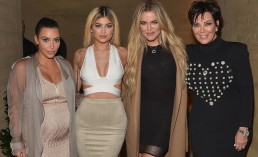 Kardashian Update 2016: Is The Reality Television Family Having A Financial Crisis? [VIDEO]