While Rachel Roy has made it clear she is not the “Becky with good hair” that Beyonce's speaking of when allegedly calling out Jay Z for cheating in Lemonade, word is that Roy is the Becky Beyonce has been referring to all this time. And the reason is pretty shocking.

“Becky has actually been a nickname tbat Beyonce has called Rachel for years,” one insider confirmed with Radar Online recently. “It isn’t just a generic name for a girl.”

Apparently she calls the celebrity stylist “Becky” so she never has to say Roy’s actual name.

Fans might remember that Beyonce’s alleged feud with Roy went public after Solange attacked Jay Z in an elevator during the 2014 Met Gala. It was said to be because of his closeness with Roy. There is still no confirmation that Roy was the reason for the fight.

But the insider did say, “Rachel came up to Beyonce’s group and said hello to Jay Z. Beyonce said nothing to her but she didn’t make her leave. Solange started in on both Beyonce and Jay Z about not letting her around them. She was furious that Beyonce would just sit there and let Rachel hit on her man.”

But Roy is said to not be completely innocent either.

“Rachel just couldn’t leave them alone. Later in the night she came up to Beyonce and Jay again and a photographer wanted to take a picture.

Beyonce just said yes because if she didn’t it would cause a scene. Solange completely lost her temper at that point. She was yelling at Beyonce telling her that Rachel was going to use that picture and that she needed to put her foot down.”

Apparently her anger turned physical when they got to what they thought was a private area in the elevator.

But Beyonce took her own type of shot when she posted a snapshot of herself wearing late singer Aaliyah’s face on a t-shirt via Instagram. Aaliyah was the girlfriend of Damon Dash, who is Roy’s ex-husband.

Roy seemed to confirm rumors that she was “Becky” herself when she shared a photo with the caption, “Good hair don’t care, but will always take good lighting, for selfies, or truths, always…” 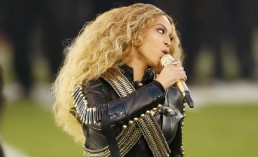 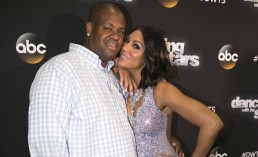 'The Real' Daytime Cast: Tamar Braxton Is Side Eyeing Her Husband Thanks To Beyonce [VIDEO] 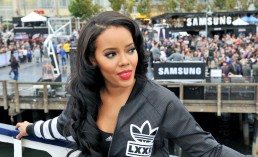