Jeremy Calvert of Teen Mom 2 is getting serious about his girlfriend, Brooke Wehr.

Just one week after Calvert's ex-wife, Leah Messer, was seen admitting to having lingering feelings for Calvert on the show, a source claims Calvert and Wehr are ready to take their romance to the next level.

"Calvert seems to be getting serious with Wehr. Recently, he posted a picture of Wehr looking nerdy on his Instagram account. He also hinted on his Twitter account that he and Wehr were looking around to buy a new house," Ecumenical News reported on Sunday. "This shows that he is serious with her and considering a future with her."

Calvert and Wehr began dating in early 2015 after Calvert's marriage to Messer came to an end, but at the end of last year, they briefly called it quits for unknown reasons. Then, in January, a source revealed they were back on.

“They split for a little while but are back together right now and going strong,” a source claimed to The Ashley Reality Roundup at the time. “Brooke is really different from Leah and Jeremy is really happy with her. They have a lot of fun together.”

While Calvert's pipe laying career kept him out of time for weeks at a time in recent years, the reality star has since taken on a new position which allows him more time at home.

“He’s still working in the pipe lining business, but this position means less traveling for Jeremy, which is good for his relationship with Brooke,” the source explained. “It will also give Jeremy a lot more time with his daughter.”

With Messer, Calvert has a 3-year-old daughter, Adalynn.

At the time, the source claimed Calvert and Wehr were “in no rush to live together or anything like that," but now, things between them appear to have gotten more serious and they could be embarking on a live-in situation sooner rather than later.

For more Jeremy Calvert, tune into Teen Mom 2 season seven on Mondays at 10 p.m. on MTV, and check out a sneak peek at tonight's new episode below. 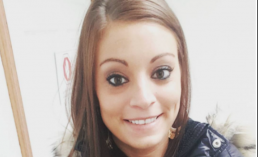 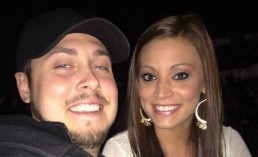 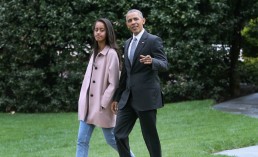