Are things so bad between rapper Future, his baby mama Ciara and her new fiancé Russell Wilson that they can't even stand being in the same room with each other? That might be the case as there's a new report that suggests the NFL star might have skipped out on this year's MET Gala simply because Ciara's ex-fiancé Future was there.

According to TMZ on Tuesday, Wilson was nowhere to be found even though his future wife dazzled on the red carpet with a futuristic-inspired floor-length dress. And while everyone was wondering where Wilson was, Ciara explained that he was back home for the Seattle Seahawks' pre-season training camp.

Still, that hasn't stopped critics from wondering if Future's beef with the couple is so strong that Russell skipped out on what many are calling the most important night for fashion for the year.

The site itself even said, "Guess all that animosity was enough for Russell to opt for staying home instead of rushing out to the Gala 'cause while they were all gussied up ... the QB was nowhere to be found."

Many fans took to the comments section to talk about the rumors. "Yes, Future and Ciara was both there but I doubt they cross paths. Ciara went and left with Jennifer Hudson," they wrote, along with: "Russell was just trying to avoid drama. He's a smart man! Ciara did good by dropping Future and getting with him."

Another critic wrote, "Ciara is best dress. She looks amazing. Why tf is future there?" 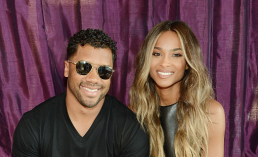 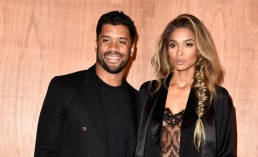 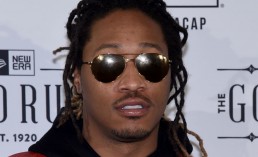