Even though Ciara and Russell Wilson have only been dating for a year now and just announced their engagement last month, it looks like their fans would love to see them at the alter sooner than later. That's why a lot of the NFL star's social media followers have been urging the couple to set a date so they can finally make their relationship official.

The Seattle Superhawks quarterback shared a new video of his fiancé on his Instagram account on Friday, captioned it simply with, "12 out of 10." He can also be heard saying in the background, "Love this woman. Good Lord almighty look at them legs."

While there's no doubt that he's completely in love with the chart topper, a lot of fans think it's time they celebrate their union as husband and wife.

A lot of comments from followers include, "Why the wait? You both are rich and from your words you guys said there is massive love," along with, "My advice is get married now, you have everything God has bless you guys so so much."

Another fan wrote, "I swear the love he has for her is so cute! But on a serious note you've been blessed with a good woman Russell, honor her."

Ciara was previously engaged to rapper Future until she pulled the plug on their relationship back in August 2014. Multiple reports indicated that he might have been cheating on her at the time. The ex-couple share a son together, Future Zahir Wilburn, who will be turning 2 next month.

So far, Ciara and Wilson haven't said anything about their upcoming wedding plans.

Keep up with Enstars for all the latest news on Ciara and Russell Wilson along with all of your favorite celebrity couples right here. 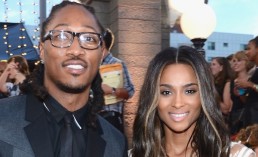 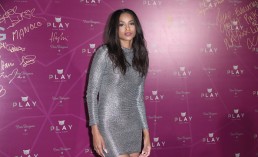 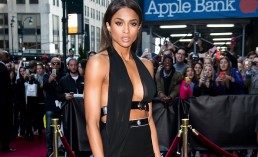