While fans still wait to find out what really happened the night before Bobbi Kristina Brown was found unconscious in a bathtub last year, rumor has it that she might not have been the late Whitney Houston’s only child.

Leolah Brown, the former sister-in-law of Houston and sister to singer Bobby Brown, told Inside Edition recently, “Yes, there is a woman out there who claims she is Whitney Houston’s daughter. I am going to try and help her as much as I can because if this is true, I want to help her.”
If the woman really is Houston’s child, there is no indication of who her father could be. But Houston is said to have possibly had the child when she was a teenager and gave her up for adoption.

Leolah headed to Facebook to clear up her statement.

In the meantime, Leolah is determined to find out what happened to her niece, Bobbi Kristina.

“Somebody wanted her dead,” she continued. “I want the world to know that Bobbi Kristina did not die from the bathtub incident. That’s not what killed Bobbi Kristina. Bobib Kristina was starved to death.”

She then pointed the finger at Bobbi Kristina’s longtime boyfriend, Nick Gordon, who she said, “dragged [Bobbi Kristina] up the stairs beating her, okay? This is a young man who swears to God that he loves my niece. But yet you drag her up the stairs by her hair and punched her in the face and you knock two of her teeth out of her mouth?”

She proceeded to say that Gordon is a “Monster.”

Bobbi Kristina’s estate has filed a $10 million lawsuit against him claiming he is responsible for her “wrongful death.” But Brown’s autopsy showed there were drugs in her system when she was discovered unresponsive on Jan. 31, 2015. She passed away only July 26. Gordon has maintained that he had no involvement in the incident. 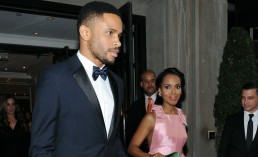