As Beyonce still makes headlines for calling out her husband Jay Z’s alleged mistress in her latest album Lemonade, word is that Jay Z is going to tell a few tales of his own when it comes to his relationship with Beyonce in his upcoming project.

One insider said in the latest issue of Us Weekly, “Jay is working on an album to tell his side of things.”

It seems only right after Beyonce released songs on Lemonade and oldies but goodies like Irreplaceable and Resentment that tell of a woman scorned after her man cheated.

Still, her father and ex-manager Mathew Knowles insists that Lemonade is not the story of Beyonce’s supposed troubles with Jay Z after she sung lyrics like, “This is your final warning/You know I give you life/If you try this [stuff] again/ You gon’ lose your wife.”

“People want to make it about her,” Knowles told the publication. “Maybe she dug deep and made it about something we all could relate to.”
Still, other insiders say that songs like Sorry are definitely what Beyonce has been experiencing in reality.

“The album says it all. It explains how she and Jay got through their problems. The good outweighed the bad, so she gave him a second chance.”
The couple was said to be heading for divorce court after Solange Knowles attacked her brother-in-law on an elevator ride after the 2014 Met Gala festivities.

Still, if they did have trouble in paradise, it’s safe to say they overcame them. The insider added that Beyonce and Jay Z are now “better than ever.” 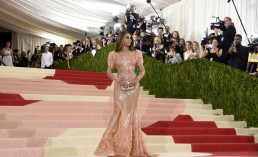 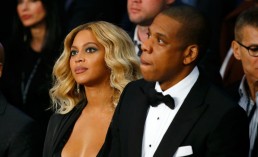 Beyonce And Jay Z Marriage 2016: Mathew Knowles Reveals Who 'Becky' Is & We All Know Her [VIDEO]