While a typical spring break lasts about one or two weeks for most schools around the country, it looks like Tori Spelling's four children are taking quite an extended vacation from school. In fact, fans can't help but wondering if the celebrity mom plans on bringing her children back to school to finish up the year at all as they've been spending the last several weeks in Europe with her husband, Dean McDermott.

Spelling shared a photo of her son Finn on her Instagram account this week and captioned it with, "Finney against the Parisian jambon y fromage sandwich! PS... Finn WON! #tastytreatsonthestreets #paris." This prompted her followers to ask if Spelling and McDermott plan on going home anytime soon or if they've temporarily relocated to France.

Some comments from her fans include, "Did you guys move to Paris? Are your kids going to school there? It seems like they've been there forever," along with, "You seem to have been away for some time, is it permanent?"

Another fan wrote, "Looking forward to have you back in Denmark, was it Saturday?"

So far, Spelling herself hasn't specified why her family is in Europe and if they plan on going back home to Los Angeles in the next few weeks. The end of most school years for elementary aged-children is typically in mid-June. She and McDermott have four children together, Liam, Stella, Hattie and Finn. The family has been living in a rented Air Bnb. 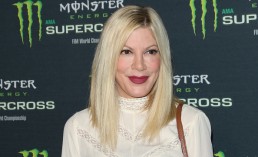 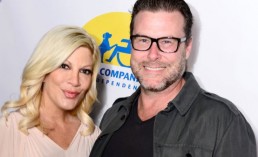