Avril Lavigne has responded to all the haters out there who are anti-Nickleback.

Lavigne and Nickleback lead singer Chad Kroeger have been married for two years although they're currently separated. But that isn't stopping the pop singer from defending her husband's band.

In a recent post from E! News, it was pointed out how a lot of people pretty much hate Nickleback's music. And a poll apparently proves that the only thing people hate more than the rock band is politician Donald Trump.

Lavigne is not happy about this article so she took to Twitter on Thursday to say it's "rude and uncalled for."

Hey @ENews and everyone writing these articles.... grow up. https://t.co/KShskEcIFM this is extremely rude and uncalled for

Lavigne didn't stop there. She added more tweets by pointing out how successful Nickleback truly is with their number one hits and sold-out shows. She also mentioned that everyone should be spreading love and not hate.

Enough is enough!!! You can't live a positive life with a negative mind. #SpreadMoreLoveThanHate

The singer responded to E! News' post by saying "not cool."

Lavigne previously spoke to Entertainment Tonight on where her relationship with Kroeger currently stands. Even though they're ending their marriage, that doesn't mean they don't care about each other anymore.

"Chad and I have a great friendship and we started together in the studio working and we still work together, so it's important for us to just keep that relationship," she said. "That's life, right? Full of ups and downs. We love each other and we always will." 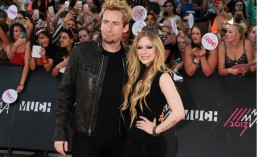 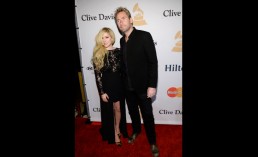 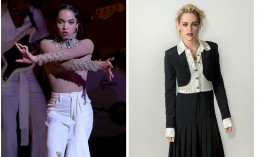