After weeks of speculation, viewers can finally put to rest the mystery of Adams' DC role. The final moments of "Legendary" revealed the Suits star as Justice Society of America's Rex Tyler, and he is on a very important mission form the Legends themselves.

Arriving from the future in Rip Hunter's (Arthur Darvill) very own Waverider, Hourman was sent to intercept a past version of the superhero squad before the events of season 2.

Executive producer Marc Guggenheim can't reveal too much about Hourman's mission, but he did tell TV Line why he, out of all the other JSA members, was selected to aid Rip's ragtag team.

"What's cool about Patrick's appearance is he's not just appearing as Hourman but he's also appearing as a member of the Justice Society of America," Guggenheim explained. "So for me, it was very much like, 'OK, who's a character that I associate with the JSA? Who can show up, say his name, and I go, 'Ohhhh, JSA -that's cool'?' Certainly, Hourman is a key member of the JSA, at least the version of the JSA that I hold near and dear."

So what exactly will the Legends get up next year? The powers that be are keeping the season's big bag under wraps for now, but fans can expect the arc be very different from the search for Vandal Savage (Casper Crump).

"We always wanted Legends to be distinct season to season, not only in terms of the composition of the team but also in terms of mission statements. The team's mission statement for Season 2 is more compelling than Season 1, and at the same time, it is more streamlined," Guggenheim told Deadline. "It's a little bit higher concept, a very clean notion that will allow the show to do things that it does best."

With Hawkgirl (Ciara Renée) and Hawkman (Falk Hentschel) out of the picture, look for two new faces to hop on board for season 2. 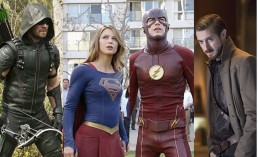 'Supergirl' Season 2: 'Biggest Ever' Crossover Pairs Kara with 'Flash', 'Arrow' & 'Legends'! Can The CW Pull It Off? 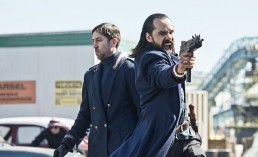 'Legends Of Tomorrow' Spoilers: 'Everything Is Up For Grabs'; From New Heroes To Old Foes, Get The Scoop On The Finale [VIDEO] 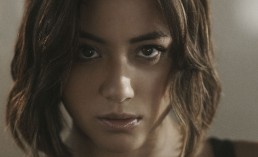