While rumors that Jhene Aiko and Big Sean are an exclusive couple continues to swirl and make headlines, the man who is said to be married to Jhene has stayed quiet about the speculation.

Dot Da Genius, who recently revealed that he and Jhene tied the knot in a secret ceremony, has been pretty quiet on social media while reports claim that Jhene is dating Big Sean. His latest post on Instagram was to show love for the late Muhammad Ali after he passed away on Friday night.

Before that, he might have shared a cryptic message that could be meant for his allegedly estranged wife. The photo features a kitten sticking its middle fingers up. He posted that about two weeks ago. While he kept the caption simple with, “MOOD,” many fans wondered if he was sending a shoutout to Jhene.

“She cheated on you bro,” wrote one fan in the comment section as another added, “I know what you’re going through Dot.”

One kept it simple with, “Jhene did you dirty bro,” while another hoped to encourage him and wrote, “You’ll be good tho, you a A1 producer and a great father keep doing you my man…”

Still, it’s not clear if the photo was indeed about Jhene.

As for Jhene, she and Big Sean have been snapping photos for Instagram; feuling rumors that they are together. See them below.

how far we take it?

They have yet to confirm if they are an official couple but be sure to keep up with Enstars for more. 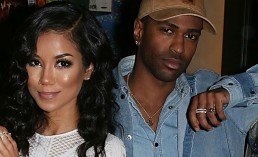 Big Sean And Jhene Aiko 2016: They Are Definitely Dating [VIDEO] 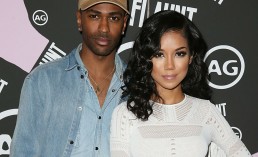 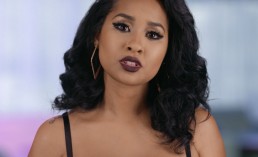