It seems like no matter what Madonna does or says these days, she simply can't catch a break with her critics. This time around the former chart topper is getting slammed for apparently promoting herself in a post that was supposed to be about the Orlando terror attack, which is now being called the bloodiest mass murders in the history of the United States.

Madonna apparently shared a throwback photo of her and Britney Spears sharing a kiss at the 2003 MTV Music Awards. She captioned her photo with, "Stop Hate. Stop Violence. #revolution of love."

Her fans didn't seem to be impressed as they commented on the photo with, "That's just two straight women generating publicity for themselves in a way designed to titillate straight men, nothing to do with the LGBT community," along with, "Contrary to Madonna's delusional view of her status, the world does not give even one little damn about what she thinks about anything."

Another follower wrote, "She always finds a way to make things about HER. Awkward and senseless timing woman."

Gunman Omar Mateen killed about 50 people and wounding over 50 more before he was ultimately killed himself during a shootout with police forces at gay nightclub Pulse in downtown Orlando.

Keep up with Enstars for all the latest on the Orlando attack along with news on Madonna right here. 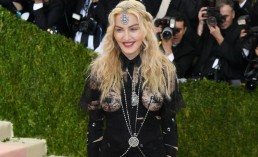 Madonna News: Singer Tried To Make A Political Statement With Her Butt? [VIDEO]

Madonna News: Singer Acted Like A Complete Diva At The Met Gala? [VIDEO] 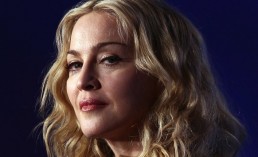