Kyle Richards took to Instagram on Wednesday after hearing news of her co-star Yolanda Foster's exit from The Real Housewives of Beverly Hills.

Following Foster's Instagram announcement, in which she thanked fans for supporting her during her stint on the Bravo reality series, Richards shared a collage of photos of the two of them on her own Instagram page.

Richards and Foster went through a few issues during the sixth season of the show, but judging by Richards' post, there is no bad blood between them.

"I would have loved a more graceful exit then "Season 6" but sometimes we don't get to control the ending of the chapters in our life," Foster wrote to fans yesterday. "I am leaving what's over without denying its past importance in my life. I believe that every exit is an new entry and with that in mind I say goodbye to my @Bravotv Family as I continue to focus on a my recovery, my children and bring back the privacy within our Home........... Thank you to all the fans for your love and unwavering support these past 4 years. I am grateful for the housewife experience and all it has thought me. I'am excited about this choice and look forward to the next chapter of my life."

In other Real Housewives of Beverly Hills news, Richards' older sister, Kim, was recently sued (again) by her former friend, Kay Rozario, who was reportedly attacked by her pit bull, Kingsley, over two years ago.

"Kim Richards blasted a former friend who was attacked by her pit bull, saying the woman doesn't deserve more money in damages than she's already received," the Daily Mail reported on Wednesday, revealing Rozario has recently filed an appeal after receiving just over $8,000 after filing a lawsuit last year.

"Rozario claimed that Richards was negligent and caused her pit bull, Kingsley, to attack her on March 20, 2014, and the production team allegedly covered up the attack for Richards. She suffered lacerations on her hand and arm, some of which required stitches, and substantial pain in her back and stomach," the outlet explained. 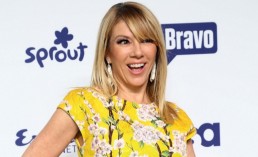 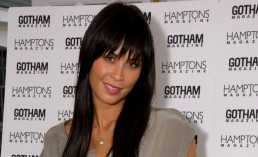 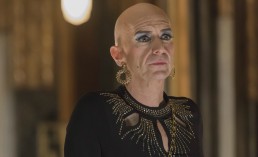