She's tried several times now, but could this be the year that Pippa Middleton finally ties the knot? That's what all the speculation seems to be as there's a new report that says Kate Middleton's sister might be expecting a proposal from her on-again, off-again boyfriend, James Matthews, who she recently rekindled her romance with after splitting with Nico Jackson late last year.

According to the Daily Mail on Monday, Pippa is going to get the surprise of her life later his summer as rumor has it that James is planning the perfect proposal for her at his parents' exlusive hotel, Eden Rock, in St. Barths.

If that weren't enough, there's a "Save the Date" card that is circulating among Pippa and James' friends as he's telling everyone to stay quiet about it. In fact, even Pippa's mother Carole Middleton is well aware of his engagement plans as well.

What's more, the Middleton's inner circle of friends are also wondering if this is going to spark a race down the aisle of sorts, as James Middleton is also looking to propose to his on-again, off-again girlfriend, British socialite Donna Air.

So far there's no word on whether or not Kate Middleton and Prince William have been invited to the engagement party as well. 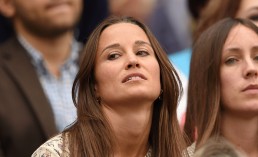 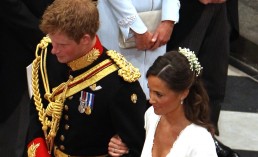