A year away has done wonders for Doctor Who's Nardole. The time away was so rejuvenating, in fact, that the character's head apparently had a chance to reacquaint itself with his shoulders.

Matt Lucas' character will return in the season 10 premiere, but, this time around, it appears as if the damage from 'The Husbands of River Song" has been handily revered. Despite loosing his head to Hydroflax last Christmas, the Mendorax Dellora colonist ultimately had the last laugh as he used the defeated King's suit to survive. Now, however, Nardole is back in one piece.

Check out Lucas' video from his first day of filming for the 2017 episode.

"I'm ecstatic because it's my first day back on Doctor Who," Lucas enthused from a courtyard at Cardiff University on Tuesday. "Originally I was just in the Christmas special, but now I find myself returning for more adventures and I'm very excited."


Some intrepid fans caught a few snaps of the day's filming, which you can check out below.

Peter, Matt and Pearl are all here :) #DoctorWho #dwsr pic.twitter.com/v3mTsoPG95

Are we seeing Nardole before the events of the 2015 Christmas special? Is he a hologram of sorts? Or has the character found away to reclaim his old life style? The questions are endless. Luckily, fans will presumably have more than one episode to learn the truth.

"Delighted and slightly amazed to be welcoming Matt Lucas back on to the TARDIS - and this time it's not just for Christmas, he's sticking around," showrunner Steven Moffat said. "One of the greatest comedy talents on planet Earth is being unleashed on all of time and space." 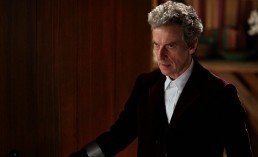 'Doctor Who' Season 10: Go Behind The Scenes With Pearl Mackie! Bill's In A Winter Wonderland [VIDEO] 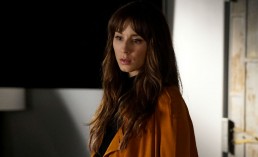