For the past three years, Holmes and Foxx have been romantically linked, but recently, they have both been rumored to be seeing other people. Following reports of an on-set fliration between Holmes and Matthew Perry, a source claims Foxx may be wooing a blonde woman.

"Recently, Holmes and daughter Suri Cruise were reported to spend a lot of time in Foxx’s mansion in Hidden Hills, Los Angeles," Movie News Guide reported on Sunday. "It was pictured equipped with a luxurious playhouse, which Suri was reportedly enjoying. However, just a few weeks ago, Foxx was spotted holding hands with another woman."

According to the report, a photo of Foxx and the blonde woman had surfaced, which featured the possible couple in the lobby of Shelborne Hotel in Miami, Fla.

Last month, Holmes and Foxx's romance appeared to have been confirmed by former Real Housewives of Atlanta star Claudia Jordan. During an appearance on the Allegedly Podcast with Theo Von and Matthew Cole Weiss, Jordan revealed that Foxx was dating Holmes.

When asked about the actor, Jordan said, via E! News, "[He's a] good friend of mine. Never [hooked up with him]." Then, when she was questioned about Homes, Jordan explained, "He is very happy with her. I like that he seems very happy."

A short time later, however, Jordan changed her tune, claiming she "misspoke" during her appearance on Allegedly.

“I have no knowledge of Jamie with Katie at all,” Jordan told Entertainment Tonight’s Kevin Frazier. “I've never seen them together, he's never told me he's dating her... A lot of times, I get asked questions about celebrities -- some I know, some I don't -- a lot of times we just give a safe kind of generic answer. Sorry to not have this bombshell story, but I cannot confirm them.”

“I hate that this has blown up like this and I feel like a lot is being put on a three-second clip from a podcast,” Jordan continued. “I just want my friend to be happy with whoever he's with, but I don't even want to know anymore! It's none of my business and again, I've never seen them together.” 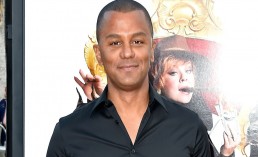 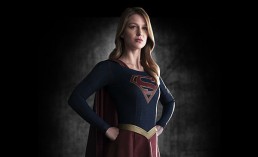