How far could a mother go when disciplining her child? Apparently, very far, at least according to Savannah, Georgia resident Shanavia Miller. After catching her 16-year-old daughter posting risqué pictures with her boyfriend on social media and allegedly committing sexual acts in their home, Miller took it upon herself to make sure her daughter remembers not to do it again.

Using Facebook Live, the very angry mother began physically beating her child, using what seems like a plastic stick at first, before using her hands. Throughout the incident, Miller's daughter, Nia Green, was seen sobbing and whimpering in a corner of their house.

Eventually, after about four minutes of beating her daughter, Miller turned to face the camera and addressed social media.

"Now, I'm gonna need y'all to send this viral, please share this. 'Cause I'm not done, more to come," she said.

Well, the video did go viral, and its somewhat disturbing contents quite effectively split the internet. Numerous netizens assert that Miller's form of discipline was just downright inappropriate, and that it sent her daughter a very bad message. Others even went so far as saying that Green did nothing wrong, since 16-year-olds naturally commit sexual acts at that age.

Veronica Wells, a writer, was among Miller's harshest critics, stating that the mother's actions were quite "sick."

"There is something so sick and disturbing about going out of your way to embarrass your child. Especially, when your form of discipline is about embarrassing your child for natural urges we all experience at 16 years old," she said.

Others, however, believe that Miller was correct in attempting to curb her daughter's behavior. However, her manner of discipline missed the mark, as her initiative to embarrass her daughter might very well have sent the wrong message.

As the internet continues to be split about Miller's punishment to her daughter, however, at least one person seemed to have come to terms with the questionable video. In a post on her Facebook page, Green stated that she understood where her mother was coming from.

"I embarrassed my mother, so she embarrassed me. I'm not defending the live video. I just know that next time, I'll keep my business to myself," Green wrote. 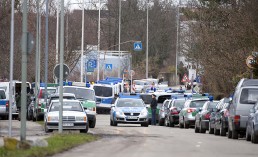 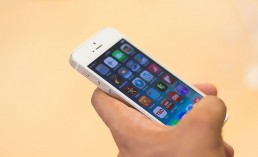