Supergirl's Clark Kent is heading home. The Man of Steel will swoop into National City this fall, but not before a little chaos strikes downtown Metropolis.

Kara's (Melissa Benoist) Kryptonian cousin stayed in the background for the bulk of season 1, allowing Supergirl to forge her way as the world's newest heroine. Starting on Oct. 10, the pair will team up for a two-part adventure. Although viewers originaly believed Clark Kent (Tyler Hoechlin) would make his way to National City to investigate the latest arrival from his home world, set photos have indicated that the premiere will become a tale of two cities.

Hoechlin's stunt double was spotted filming a fight sequence in Vancouver's George Wainborn Park on Wednesday, and Metropolis police, EMT, and news outlets were on hand to cover Supe's latest round of heroics.

Check out the photos below!

Kent will, of course, also appear in Nation City. His visit will be rife with tension, however.

"Clark has a very different experience of what it means to have super powers on earth," executive producer Sarah Schechter explained at San Diego Comic-Con. "There's some head-butting and philosophical approaches that are different. Well get into that."

Find out more when Supergirl moves to The CW on Oct. 10. 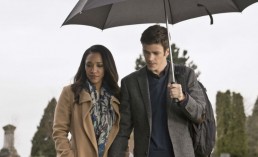 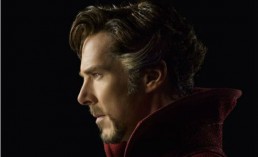 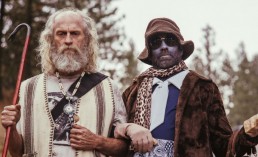