Michael Phelps may be busy in Rio at the moment, but once the 2016 Olympic Games are complete, he hopes to spend more time with his family, including fiancee Nicole Johnson and son Boomer.

During a recent appearance in Rio, the swimmer opened up about his future.

“Hopefully I’m going to travel and work some, that’s probably what I’m planning after this,” the 31-year-old athlete told reporters during a press conference on Friday, via Us Weekly. “I’m really looking forward to seeing [my son] Boomer and [my fiancée] Nicole and my family. I have a bunch of people that came down to watch these games and I’d like to spend some time with them.”

Johnson also recently spoke out about their upcoming wedding.

“We have a date. It’ll be small and intimate for the wedding, then we’re throwing a massive bash for everyone in the States,” Johnson revealed to Access Hollywood, according to a report by Hollywood Life on Friday. “We’re getting things rolling. I’ve been planning. I think I have the wedding in order and now I’m on to the party.”

Although Phelps and Johnson went through a rough patch and ultimately split around the time of his DUI and rehab stint, they eventually rekindled their relationship and have been going strong ever since. That said, Johnson did have her doubts.

“I think we both [felt that way]. We both shared stuff with our parents, ‘This is it, there’s no way we’re getting back together’, and when we finally did, it was still a little rocky, but we didn’t miss a beat. We’re happy,” she explained. “Now we have a little one and a wedding at the end of this year.” 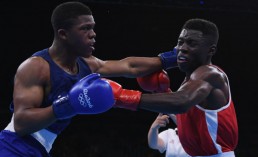 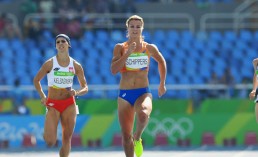 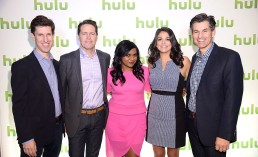